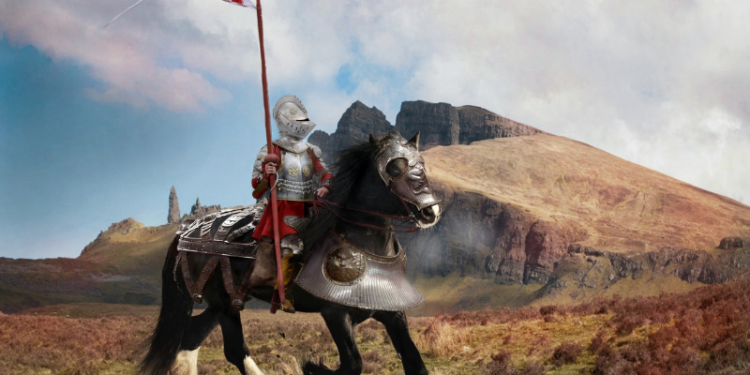 Welcome back to the Character Spotlight series. We’ll take a look at another character build, this time centered around healing. If you missed last week’s build, check out Sassa the Lorehunter here.

The latest supplement Tasha’s Cauldron of Everything is chock full of some of my favorite class options presented so far. Today’s build features two of the subclass options in that supplement: Cleric Domain of Peace, and Monk Way of Mercy.

I’m not 100% confident in how I built this one, it might not work as well as I hope. If you have ideas of how I could improve it, please comment below!

Thranis’s birth was heralded with three signs of good fortune: the fields yielded double the harvest, the people of the village found their old scars wiped away, and a deadly plague passed over the village, leaving all alive.

Word of these miracles drew the attention of the church of St. Stendor the Reconciliator whose sacred scriptures said that the Saint himself would return to the material plane to defend the world from a great evil. Hardly had he breathed his first breath than he was taken from his mother to be raised in the church.

Thranis was trained as a cleric, his days filled with martial training and learning scripture. Despite what the deacon in charge of his education told him, he never felt much connection to St. Stendor or the “great destiny” that he was told awaited him. This changed soon after he turned 16.

A war was brewing between the great lords of the land. Heralds came to town calling for those willing to be heroes and defend their land against a foreign evil. Thranis’s heart was filled with a desire to escape from the cloistered walls of the monastery and to have an adventure. He had grown tired of listening to the old deacon drone on and on about peace and goodness. He disappeared from the abbey in the night, enlisting as a private in his lord’s army.

Thranis was quick to learn that war is not like the epics song by the bards. The war dragged on for five years, with little progress in the battle lines that had been drawn early in the war. In that time Thranis made and lost more friends than people he had known in his life among the monks.

The war ended, and Thranis left the lord’s service having made the rank of captain. He went on a pilgrimage to the birthplace of his namesake, the city of Theylis. There, in a small, nearly forgotten shrine, he met a monk named simply Vari who tended to the city’s poor and sick.

From Vari he learned how to channel ki and a deeper understanding of the philosophy St. Stendor had professed. Peace was more than an absence of violence. It was not a state of being, but an action and to walk in the steps of the saint meant returning to the world and crafting peace wherever he finds himself.

Thranis is a very mobile healer/tank that can be at home in a campaign where there are a lot of ranged characters so the tank’s ability to get into melee range and back out to the backline to heal is key.

In addition to the cleric spell list, the Peace domain allows him to weave around his friends and heal as he passes them. That combined with the Way of Mercy’s ability to use one of his Fury of Blows to heal or to cause extra necrotic damage makes him just loaded up with heals.

Roleplay-wise, I think he’d try to resolve combat nonviolently as possible, but be willing to fight if there are no other options. He’d have a boyish charm about him, but be jaded from the violence he had seen in his young life.

I also always thought that aasimar have a lot of potential fun storyhooks with their connection to the outer planes, but I’ve never got to play one myself. In a way, it might be harder to be an aasimar than a tiefling, as with tiefling you are generally left alone, ignored, or shunned, but aasimar could almost always be treated as a minor celebrity. People could constantly be asking you for blessings or divine boons. How would someone like Thranis handle that?

Thoughts on the Design

I was inspired by the synergy in focus on healing that the Domain of Peace and the Way of Mercy have to create this character. Aasimar was an obvious choice to keep the whole theme of heals by touch alive.

Character-wise, I thought it would be fun to play a big dumb healer jock whose fist bumps recover hitpoints. I was tempted to take the War Caster feat, but it just didn’t quite make sense yet. Probably at a higher level for sure, but I just wasn’t feeling it for some reason.

I really like the flexibility that this character has in terms of having access to cleric spells and the combat options of a monk. I think that being able to do a lot of things is more fun than just one very narrow thing, and I guess a lot of my builds are centered on that.

Looking back over at the design, I think that I’d actually go with 3 levels in monk (assuming that the campaign would go all the way to 20), as the feats I chose(Athlete and Observant) aren’t necessarily necessary for the build. They are fun feats for being able to have him be a bit of a scout and boost his movement abilities a bit. Athlete also goes with the whole “jock” vibe I was aiming for.