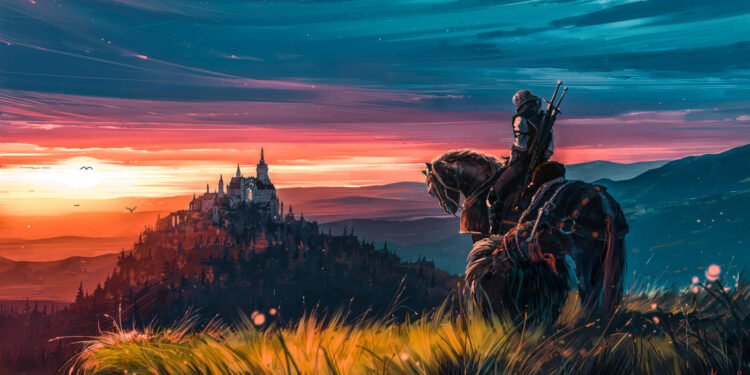 We’ve all been there. A friend approaches you after finishing The Witcher 3 or Assassins Creed: Valhalla videogame or watching Critical Role and asks you if you could make the campaign an open-world adventure. “But our campaign isn’t on a railroad, you can already go wherever you want”, you say, flipping through all the content you created since you started playing. Is the player confused? Are you the one that is making things wrong? Or is it just a misunderstanding between the two parts? We are going to resolve this today in this article.

At one point I thought all campaigns I’ve been running were open-world campaigns, but I’ve come to realize I was partly wrong. However, my players’ perception of what open worlds are is also wrong as I know the truth from moving the strings behind the GM curtain. Those short campaigns I did really run as open-world didn’t feel open enough for my players, and the campaign that I started with that despite happening in a gigantic setting is very railroadey feels pretty much like an open world in their head. I may be speaking from only one perspective as I’ve never had many different groups of players. Nevertheless, after thinking about it for a while, I’ve come to realize that open-world campaigns are all about the players’ perspective. Weird, ain’t it? Let me elaborate:

When is a campaign really open world?

An open world is a level or game designed as nonlinear, open areas with many ways to reach an objective. Some games are designed with both traditional and open-world levels. An open world facilitates greater exploration than a series of smaller levels, or a level with more linear challenges. Reviewers have judged the quality of an open world based on whether there are interesting ways for the player to interact with the broader level when they ignore their main objective. Some games actually use real settings to model an open world, such as New York City.

Open world games are often associated with the word “sandbox“. As explained in the quoted text above, these two terms are used to indicate that you can accomplish an objective in several ways. If you think a bit about it, that pretty much is what TTRPGs are all about. If there is only one solution to the problem you present your players and no other one, what’s wrong with you? There are very particular cases in which something like this can happen, mostly with puzzles or solving puzzle-like environmental problems. However, even in those cases, GMs often use the “yes and” approach to game mastering allowing alternate solutions to those problems because they didn’t even think of them. And that’s perfect! A GM can’t think of all the possible things that players may come up with!

Where am I trying to go with all of this explanation? Where is the open-world explanation I came here to read? Look at that last sentence in the previous paragraph. Yep, we can create an open world game, but it may not be as vast as we think it is. We can’t plan ahead for every single aspect of our world. That’s why many of us GMs are 3/4 of our games improvising. We only need to prepare those things we can’t come up with on the spot. SlyFlourish has a lot of great tips on this in his Return of the Lazy DM book. 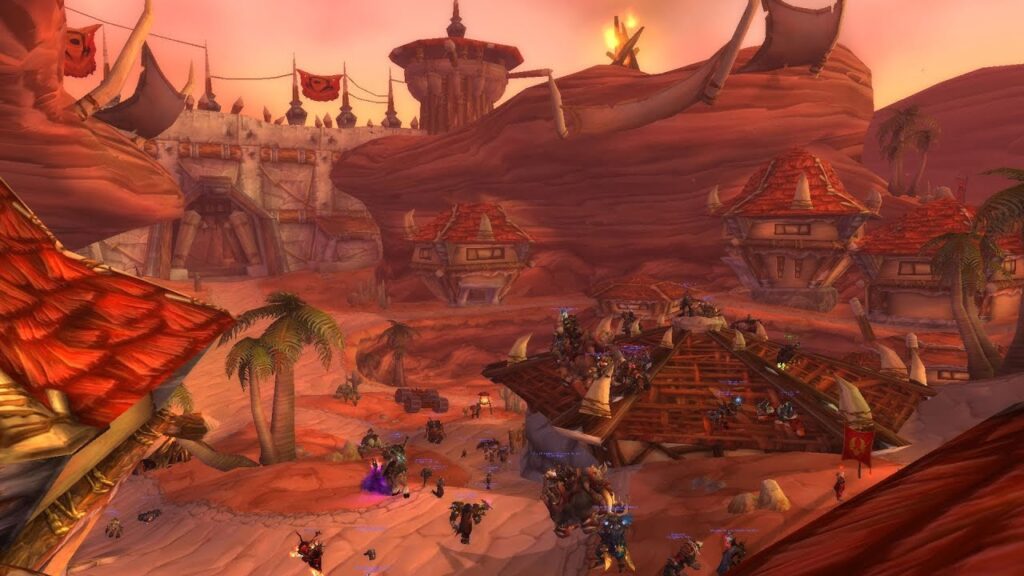 Players’ perspective on what an open-world really is

The one moment I decided to create a real open world campaign I created a whole detailed city for the players to be in, with a clear goal: They needed to plan how to start a rebellion, and the perfect moment was during a gala happening in two weeks. All sessions til then, I left the door open for the players to do whatever they wanted but I always had a mission or two prepared in case they didn’t know what to do. These missions all gave them a tool they could use in the gala to start the rebellion. In other words, all missions were the things that they would then use for an effective “heist” in the gala. How did it go? Players would never know what to do during sessions, and would always pick a mission I threw at them, forgot what the campaign was actually about, and the day of the gala they didn’t use any of the tools I threw at them to achieve the campaign goal.

What happened there? The players were not dumb and felt enclosed in a single city most of the campaign. In other words, they didn’t actually want a sandbox where THEY could be the ones doing the planning. They wanted the path to be laid out for them. I consider that a mistake on my part that has taught me a very valuable lesson. The players want to feel they are on an open world game, and what videogames often mean with that is throwing a gigantic map with tons of side missions for the players to take. Being thrown into a moving world without a clear path just seems too daunting and makes the players want to get again in the minecart on rails. In other words, we need to create that perspective of an open world without actually throwing them in one.

A bit of science

It’s been studied that people can have between 3 and 5-6 continuing objectives in their life before they begin to feel daunted by them and forget some. Additionally, we as GMs are the whole 5 senses for the player characters. In other words, there’s no guy with an exclamation point over their head the players can see to know there’s a mission for them to do, meaning they can’t go find a mission if we don’t put them in their way. There are unlimited things the players can do in an RPG, whereas the player actions in a videogame are already precoded and finite. If we don’t put the things the players can do in front of them then they will feel lost. But isn’t that breaking the whole thing we are trying to accomplish by creating an open world? 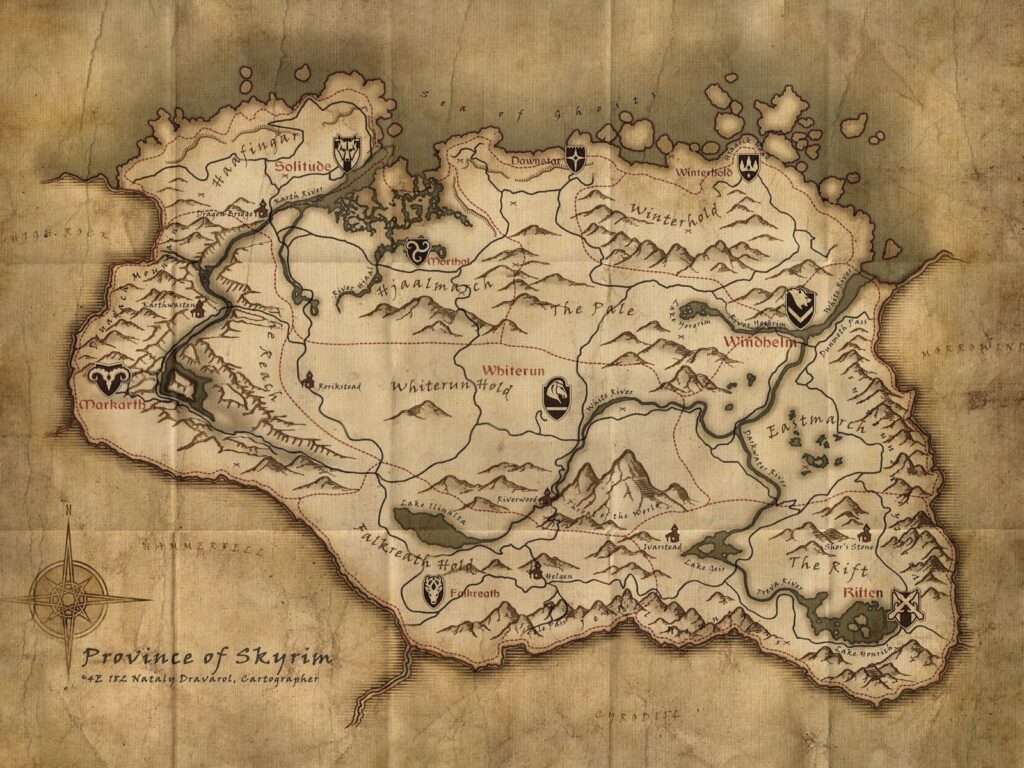 How do we really create what the players want?

If you’ve reached this part then you surely know what I’m about to say. What players want is the illusion of an open world, the illusion of choice. You can learn much more about this in this game design video. We as GMs need to present them an open world. How do we do this? One way it the hard way by creating a whole open-world map and dropping it in front of them, full of cities and places to visit. Then, there’s the option I recommend, especially for beginning DMs, and far less time consuming, which involves creating the starting area and all places that players could reach within the session. Once you’ve got that, add multiple missions (a maximum of 3 to begin with as we stated before, that can increase as players keep adventuring) to give the feel of a constantly moving world. They can do the “main” mission whenever they want, or you can transform one of the side missions into the main one midway through it.

Do your players want to know what lies beyond that mountain? This is an open world, so there’s surely something there. Grab one of the many encounters I created, invent something on the spot if you don’t have it prepared (take a 10 or so minutes pause from the game if you need it), or put some of the other things you planned out for other places but your players never found there. You’ve got a full world to explore (even though most of it isn’t even created yet), a great number of missions to give that open-world feel to it, and your players feel like they are the ones deciding what to do, even though they are limited to what we throw at them.

Open worlds in TTRPGs are all about what your players can actually interact with and their perspective of it. You don’t need to create a whole map with their NPCs and quests already preestablished to give that sort of feel to the players. Don’t even try to do it, because you’ll surely burn out along the way. There’s a reason gigantic open worlds in videogames are created by hundreds of people working full-time. Or do it if you like and feel you can accomplish it… I’m not your boss. There are many more things I can talk about how to make a great open world campaign, so I may make this into a series. Stay tuned!

Now tell me. Have your players ever asked you to create an open world for them? How did you accomplish it if you did? What’s your opinion on open-world campaigns? Let me know in the comments below!

We talked much about perspective in this article. What happens when you want to create a dungeon and have the players go through it but you don’t want to have it drewn? That’s what I call a cinematic dungeon, and it is what most D&D streams do. You can learn more about them here