Give a meaning to your Open-World Quests 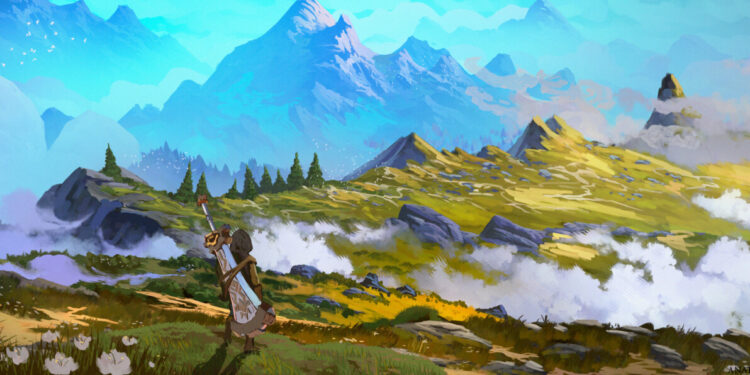 When it comes to creating a reason for a quest to exist, there are millions of options to choose from. However, they can usually be categorized in a smaller number. If you plan on making an open world campaign you will be running into hundreds of quests, so I thought I might give you some advice on how to make them successful at your games. Grab a notebook to take some notes and get ready to start building some quests.

Before we begin, I must say that I believe quests need to have some reason to be there for the player characters to take. If not, what’s the point? If they can move the PCs at least a bit in the right direction, then it’s good enough. I don’t mean gaining experience and/or currency, but mostly from a storytelling perspective. Shall we start? 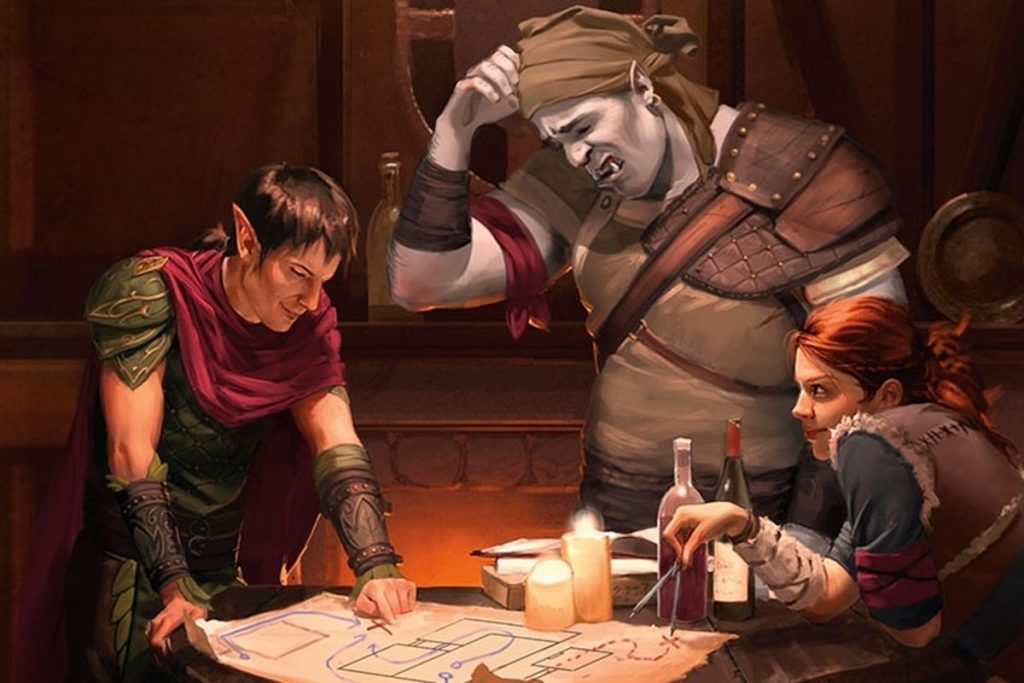 One of the purposes of a quest can serve to present the players with a new villain or incoming doomsday. Maybe the mission involves finding some thugs only to find out they are actually part of an underground mafia organization. See what I did there? A normal looking quest just opened the door to a whole new narrative. Some other ideas involve investigating a cave to return an ancient artifact to the museum, but by the time they find the artifact an open book lies open on a desk. Its spine reads “Necronomicon”, and among other things, it talks of the arrival of an indescribable entity in less than a year.

The quests I listed before involved threats that just happened to be presented to the players while doing some other mission. The other alternative is to have quests that have the player characters face directly the threat. Maybe a death knight arrived to take over the city and the governor seeks help with the PCs to have them deal with it. Another alternative is to be sent to stop whoever is releasing hallucinogenic drugs from the sewer system, only to find out it’s a cult to a fungi god that is behind it.

These are the kinds of quests that are often named “clues”. If the player characters are carrying out an investigation in a mansion and they find a note left by the murderer pointing to a warehouse in the other side of the city, then the quest you just completed was created to serve as a clue. In other words, this serves as a quest to move the story forward. These kinds of quests are one of the most frequent ones, as they are the ones that make story arcs relevant. They connect the beginning to the end while granting fun memorable moments that have the players eager to continue.

Quests of this kind need to be interesting enough so we don’t lose the player halfway through the adventure. Therefore, pacing becomes something vital. Invest some time in watching great movies and series, or reading books or comics you love. Pay attention to how it is they handle tension and pacing and try to implement that into your own quests. Maybe one of the quests involves a chase scene from the police shooting from the windows. Change the pace and give some breather air in the next section. Have them handle a peaceful investigation in some other place.

A bridge between story arcs

In most open world games there is a central narrative element that gives meaning to the player characters. There’s also west marches that don’t usually involve this kind of quests, but we are not talking about those here.  The main narrative is often divided into many story arcs. Some of them may be similar to long side missions if they don’t have any correlation with the main story but are usually important to the narrative in some way or another.

How do we create quests that serve as bridges between two entirely different story arcs? Contemplate where the story arc just finished and think if there is any way the next one can be a consequence of the characters solving it. For example, the death knight arc mentioned above could lead to the city being free again after being solved. The thieves’ guild arc is the one that is next, but it is supposed to transpire in a different city. Two days after defeating the death knight, the governor receives a threat from the Thieves’ Guild from Baldur’s Gate, stating that they should continue the underground trades that were going on with the death knight in power or have all other representatives from the city eliminated and replaced.

This allows the characters to have two days of side missions until they face the governor sending them to solve the problem in Baldur’s Gate, where the storyline of Baldur’s Gate: Descent into Avernus will transpire. Traveling and investigating the thieves’ guild would act as a bridge between both story arcs in this case, filling the characters in with information that add up to the main narrative.

Why do we even need side missions? Well, in order to have a moving, breathing world we need to have other missions that players can decide to take or ignore. They don’t add much to the main narrative, but players may make them important by bringing them themselves to the main quests. In RPGs, it is not weird for a side mission to become a whole story arc or a core part of the main storyline. How can we categorize these side missions?

A sign in the tavern, a section in the newspaper… There are many ways in which a new NPC can require aid. It can even be the quest giver that presents you a new important character. It doesn’t need to be extremely important because it is not part of the main storyline, but a quest that gets you to know a duchess or a merchant can be of great help for future missions. When creating your side mission, consider presenting the characters with someone new that can be of use. It may as well be a famous blacksmith capable of forging a meteorite sword for the warrior in your group.

What about new bases, towns, or locales? Getting to know new places to go can become vital in certain parts of your campaign. A side mission can have the characters help someone in a cafe, finding out there is a shotgun under the counter. Next time they need to have something dangerous for a chat, they can always suggest going to this cafe and having that shotgun as a last resort if everything goes awry. Giving the player characters a new base by completing side missions can also be extremely rewarding for the players.

Becoming friends with someone in a high rank, helping a random farmer that accidentally presents you a new way into the evil fortress…  Even a new weapon can be considered a new advantage! When creating side quests of this kind, think first about what you have in mind for future main missions. Try to offer them now quests that grant them a new advantage for future ones. However, let them be the ones to recall they have this ace in their sleeve. There are usually 3+ players in your table, meaning there is a high chance at least one of them remembers they have this advantage. Let them rejoice in how great they are for doing that side mission that seemed stupid at the time. 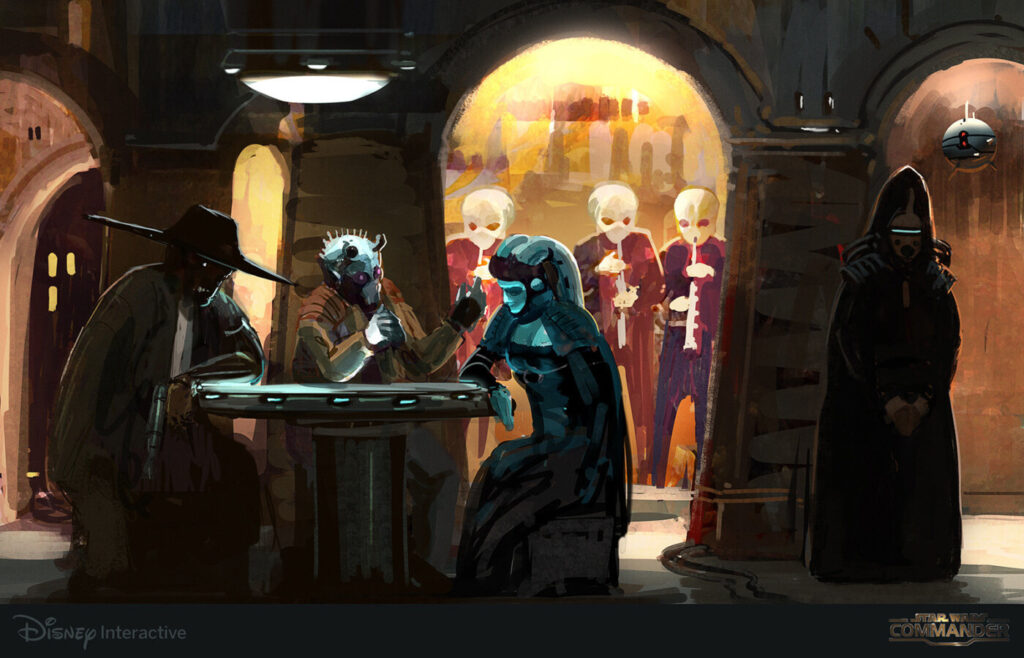 When attempting to create a new series of quests for your open world campaign, try to have at least one or two main quests and 3/4 side quests ready at all times. If the player characters complete one of them, start building the next one to replace them. It’s vital to have a great range of missions to choose from when creating an open world. Use these categories as templates and build them from there. You will soon have a great repertoire of missions to offer your players.

Do you use any method to create your own quests? Do you think there are some other quest cathegories I missed completely? Let me and other readers know in the comments below!

The Oni that ruined Jinglemas: A Tier ...