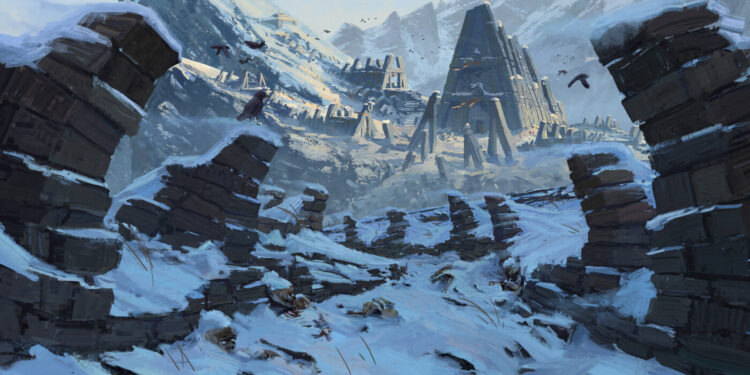 Give a meaning to your open-world quests

We’ve talked a bit about how to create Open World Games, as well as how to create quests for them that make the world feel even wider. Now, for an open world to exist, there need to be interesting locations for the PCs to go to. Be it the Mos Eisley cantina, the famous City of Splendors, or the Eye of Sauron, these places are in these worlds for a reason. It is not only to populate the world but to create a better open-world experience!

How do we create locations worthy of our open world? That is what we are going to be talking about in this article. They can be as complex or as simple as you like. You can always fill in the details for future sessions. However, there are certain aspects that you can give locations to make your world richer and allow for missions to easily pop out from nowhere. This is what truly creates the open-world experience.

Whenever you are creating a city, town, or location with some importance in your game, try to give them something that makes them unique in some way. Maybe your steampunk city has a gigantic Big Ben in the middle of the city that makes a great rumbling noise every hour. There could be cameras at every corner of the city, or a great obsidian pillar coming from the top of the mountain nearby. All these things make your location unique and interesting. Having a dull town that looks just the same as the one the PCs visited before is uninspiring. If all towns look the same, what makes you decide you want to put your quest there and not in any other one? My rule of thumb is having at least three fantastic spots per city and one per town.

When I say “fantastic spots”, that’s just the name I conveniently chose for it. Something that makes your town unique could be a neighborhood in which all people living there look gloomy and exhausted. There’s nothing fantastic about that! However, if you wanted to, you could make it that there is a vampire living there sucking the blood from all people in the neighbourhood during the night. The reason doesn’t need to be fantastic either. Maybe that’s just the industrial section of the town and all people in there are gloomy and tired from working for a megacorporation. Even something as “normal” as that may stand out in your classic stereotypical medieval city. I can already think of some quests just by thinking about that neighborhood and what its inhabitants may be in need of. 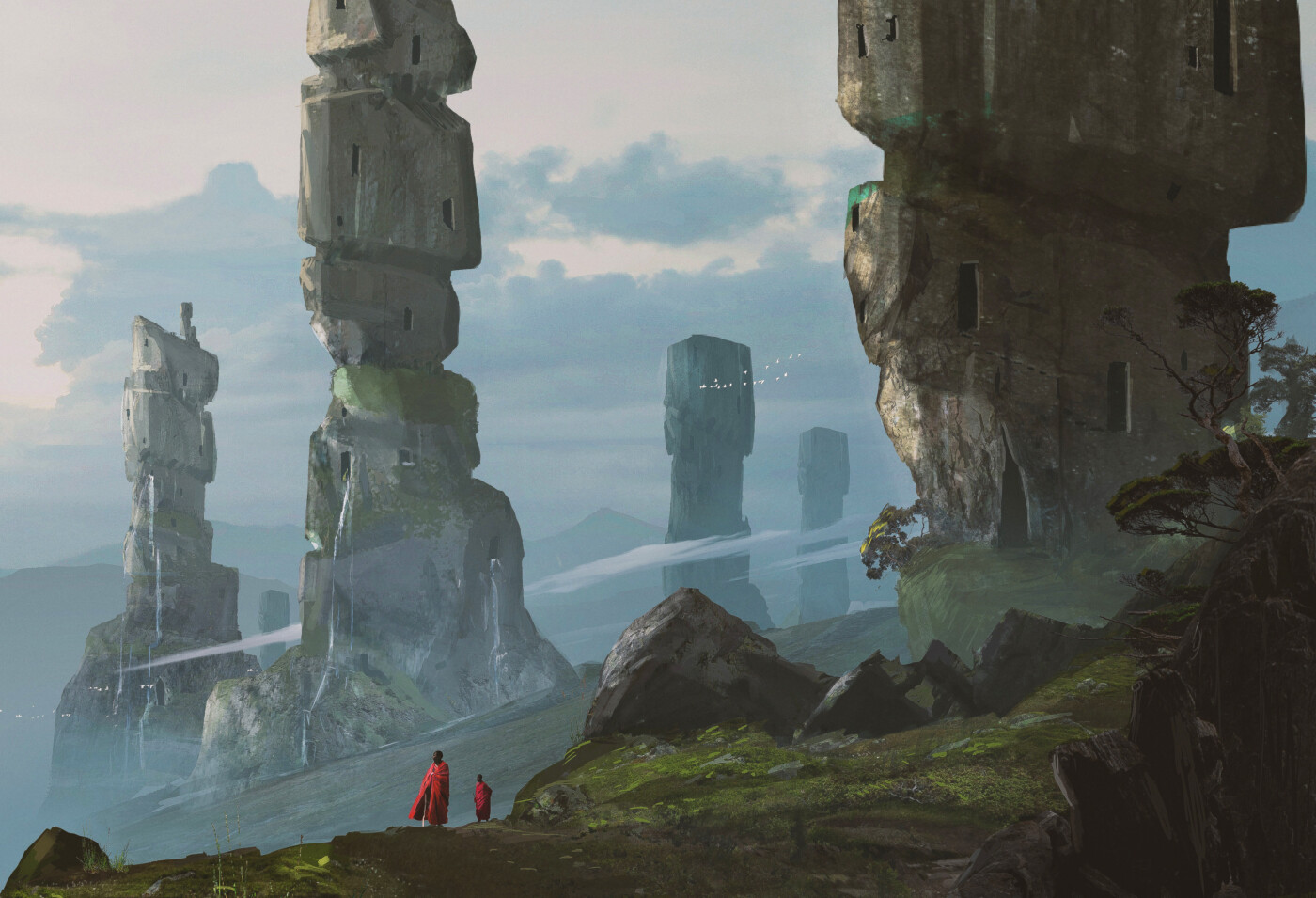 I’ve talked quite a lot about how to create memorable NPCs in the past. That’s why I will focus this time on how to make excellent NPCs for an open world campaign. What is it that makes an NPC excellent for this style of game? As I’ve done many times in this series, let’s consider how video games do it. When you play an open-world videogame, which characters usually come out as the most memorable? Let’s face it, videogame companies don’t put as big of a budget designing characters you don’t interact with in comparison to those you do. If you can interact with an NPC then that means they have something to offer or give to you, be it a mission or maybe a piece of information or object. We should be doing the same!

Bob the breadmaker won’t probably be as memorable as Tiko the juggling kobold. When you are creating a location, create a handful of NPCs that have some connection with it. If it’s a city you are creating, then make some people that live or work there, even a traveling merchant or a spy doing an undercover job could work. If, on the other hand, it’s just an interesting spot in the map such as a well known waterfall, then you will surely have to create less NPCs, but the churro seller there could be a very interesting NPC that sees everything that goes on in the place and could have valuable information.

Make sure your NPCs have some level of complexity, giving them a reason to have problems for the PCs to solve at different points in the campaign. Having just a funny NPC isn’t enough. Tiko the juggling kobold could just be a facade of a hitman. This hitman could have some jobs for the players, or could create complications for them when the mafia sends him after the party. Or he could just be a guy looking to make ends meet while having a family to take care of. Making NPCs complex allows you to easily create quests or any other thing of use for the PCs. Create a handful, no need to go overboard, as you can always create one or two more if needed for the next session.

Culture is something that is often overlooked when creating a world, only creating different cultures between different lineages or regions of your open world. If all dwarfs act and sound the same, and do the same sort of activities, what stops you from always going to Dwarf Settlement A instead of going to all the others? Even in our world each city, each location, has its own story that affects in one way or another the way its inhabitants were raised or act in their everyday life. The legend of the lady in the lighthouse is continually told and thus no one approaches that place during the night or her ghost will come to haunt you. That simple piece of made-up story becomes part of the culture of the people in this port town. Rapidly, the phrase “Beware the light” becomes a norm when saying goodbye to someone in the town, in honor of the light coming out from the lighthouse. Cults start to appear and rumours begin to circle.

Culture is an umbrella term which encompasses the social behavior and norms found in human societies, as well as the knowledge, beliefs, arts, laws, customs, capabilities, and habits of the individuals in these groups.

The term culture encompasses an enormous amount of things, all creating very interesting adventure hooks, quests, rumors, and much more! If you play a PC in a game and when leaving a shop you are greeted with “Beware the light”, wouldn’t you be interested, or at least intrigued to know what that means? Then more people start saying it, like a common phrasing. This could be tied with an NPC, an organization, an important fantastic spot, maybe something that isn’t even from this location! If you hear an orc saying  “Beware the light” while in another city, that may mean that this orc is a tourist, or at least visited the lighthouse town sometime and started using the phrasing the people in it use. Even if it didn’t give you any sort of mission, it’s an interesting thing that makes your open world more believable.

Factions don’t usually work for all locations. The waterfall we talked about before may not have a faction of their own, or maybe there’s some sort of club in there that usually visits the place that could work as a faction. However, cities and towns usually have some sort of faction of their own, that make the place all the more interesting. Be sure to give all locations you create some group of factions in it. Take into consideration that some factions can be reused: The Church of the Silver Flame is a faction that plays a huge role on many locations, but the merchant’s guild can also be an interesting faction to create and play with. Once you set all factions in your location, indicate which sort of relationship they have with each other. Maybe two factions are working together because it is benefitial for both of them for the moment, while other two are neutral or looking to kill all members from the other. Some sort of rivalry can work as well, allowing for tons of missions to spring from it, or forcing the PCs to choose between the two sides.

The pub keeper assigns you and your party to rob something from a member of the Conservatives, a powerful faction in the city. Is this pub keeper part of another rival faction? Does he has some sort of vendetta? Do we want to have the Conservatives against us? Adding factions to your location makes things all the more interesting, and if the faction is important enough to be all around the open world, then that can change the whole play dynamic. I’ll be covering factions in more detail in future articles for this series. In the meantime, if the PCs are looking to join one of the factions,  you can steal some rank benefits from these two articles I created: [Faction Ranks Benefits for your Players], [More Faction Ranks Benefits for your Players] 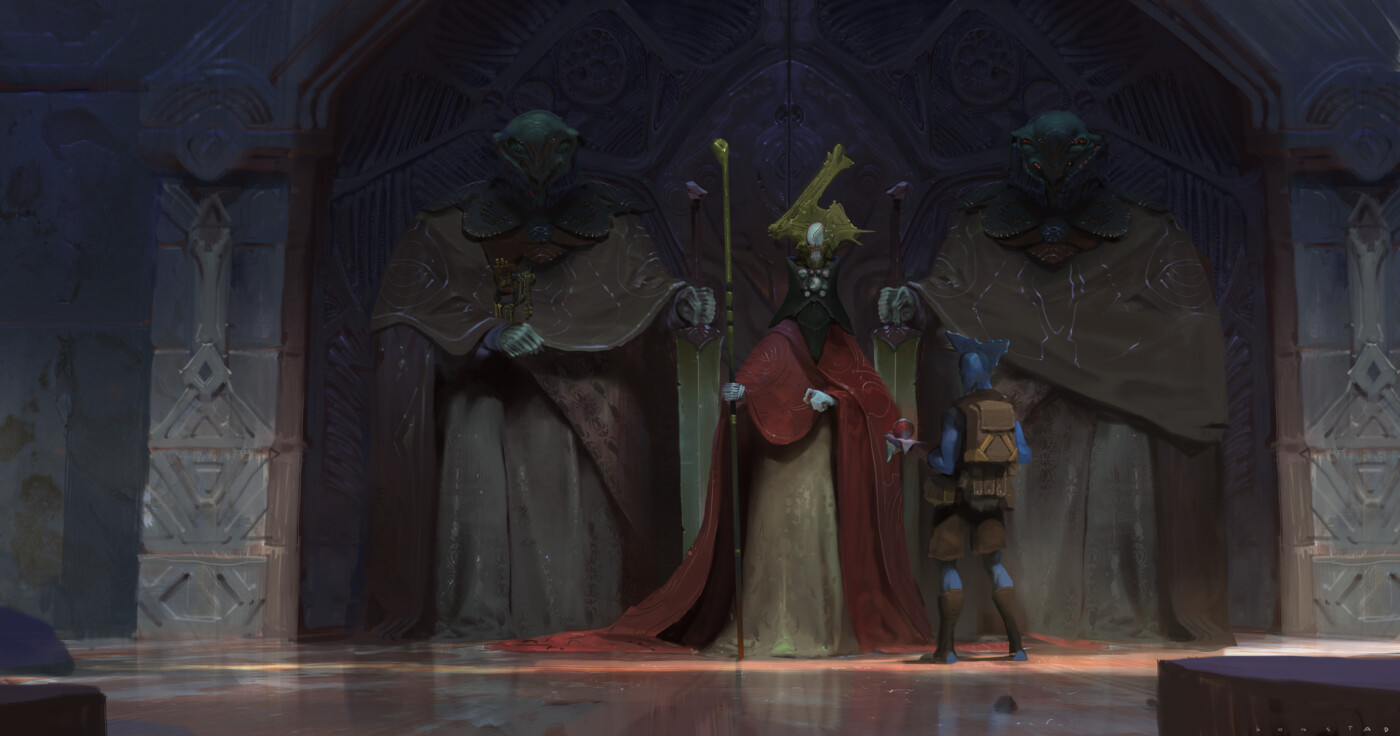 Once you have got all the things listed above sorted out, it’s time to give some NPCs active quests for the PCs, present details to the culture and fantastic spots for the players to want to do spontaneous quests, or have a faction do something terrible to them for the PCs to start a reactive quest. If you don’t know what any of those three types of quests mean, make sure to visit THIS article in which I talk and explain them in detail.

As I indicated before, as long as we have fantastic spots, memorable NPCs, interesting culture, and factions, then all the rest doesn’t matter as much. Your “budget” will be put into these things, which will make improvising in your game all the more easy. If the PCs are looking for something specific, then maybe one of the things in the location can give them a quest to what they are looking for, or you can create one new thing from this bunch to give the player characters the needed quest.

Locations in Open world campaigns are vital for the style of game to work. These are quite more complex than one may think of, but considering we are playing in a make-believe RPG you can start by laying the foundation and filling in the details later. If you fill your world with locations by following the tips I offered, you should have a great world to explore in no time!

What are some tips or steps you follow when creating your own locations in your games? Does it vary between different kinds of games? Let’s share our knowledge in the comments below and debate about it!

You laid out this perfect open world experience and lay a main quest for the PCs to follow. Due to a badly placed fireball everything goes awry and your campaign is now off the rails! What do we do now? Luckily, I have the right article for you: CLICK HERE

5 Tips For Outlining A TTRPG Session