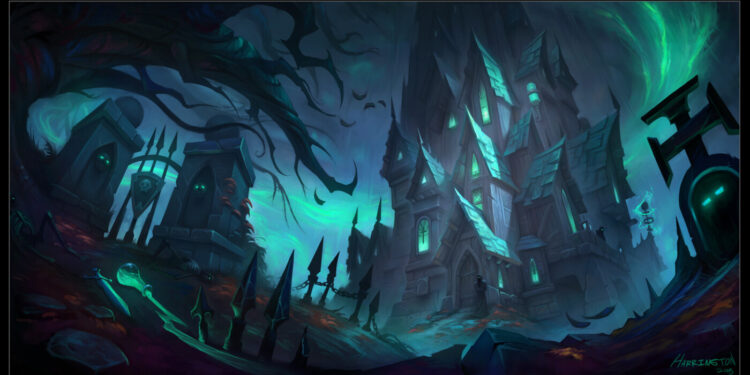 We are not even close to Halloween (172 days away in fact) but WotC decided to give us a new horror-themed book, this time set in the Ravenloft setting. As my other article about puzzles keeps getting frequently visited, I decided to make a new one with two extra puzzles to surprise your players with. This time, however, they are going to be horror-themed so you can easily plug and play them in your Ravenloft games (or any other RPG with elements of horror).

Displayed on a copper frame hang vertically 3 different kinds of swords: a greatsword, a shortsword, and a longsword with their bladed sides pointing upwards. On each side of the frame stand 7ft statues of the armor of black knights, its section where their eyes should be shining with a red hue. Apart from that, the room has some purple and red tapestries on the walls and a brown pedestal with a copper chalice (valued in 30gp) on its top containing warm blood, but nothing else of importance. The plaque below the frame says the following:

“Choose wisely if you intend to proceed” – chants a voice that seems to come from all places inside the 10x15ft room as the PCs get close to see the swords.

Wielding a sword different to the one on the knight on the right has the statue on the left come to life. Failing a second time has the defeated one reconstruct itself and the other statue to come to life, both attacking the PCs. Wielding the correct sword opens a secret door behind the frame to continue delving through the dungeon or castle.

For the statues, use the animated armor stat block, replacing the slam attack for the statue on the right with a greatsword attack (+8 to hit, 2d6 + 2 slashing damage).

A wooden wagon is located at the side of the room, each of its wheels wooden and triangular in shape. Tied to one of them is the skeleton of a halfling with a golden skull. On the wall next to it, there are three different doors, each with a plaque displaying a different drawing. 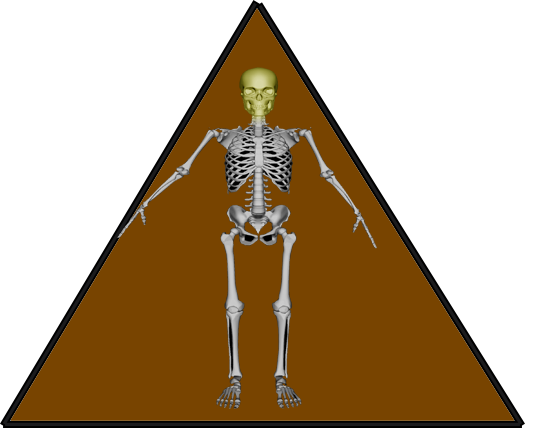 By spinning the triangular wheel with the skeleton along the floor, the skull makes the trajectory indicated in door 2. Opening door 1 has the door itself become a mimic and attack the characters. Opening door 2 leads to the following room out of the puzzle room. Door 3 if opened shows a pitch-black room from where a great number of shadows come out and attack.