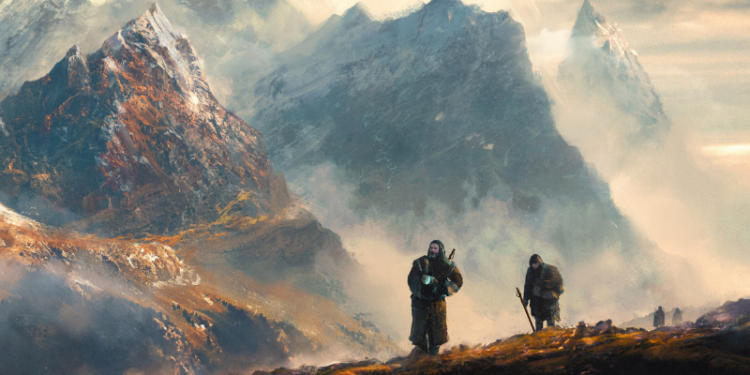 When planning a campaign, a lot of energy and preparation time is spent on the main throughline or the main quest. It is the spine that each session hangs on, providing a sense of continuity and build to dramatic action. So, then where do side quests come in?

You can check out last week’s article on how to incorporate side quests here.

The Purpose of a Side Quest

Side quests can happen at any point in the campaign. If we use a three-act structure to plot a campaign, they can be used to build tension during the second act. They can also be used to relieve tension after a climactic moment or offer a shift in tone or genre.

They allow for world-building, character development, and raising the stakes. In fact, it is these three ingredients that make for a good side quest. A side quest should incorporate each of these elements to make it seem purposeful to the players.

There is a fourth ingredient: optionality. If the players choosing to not take a side quest wrecks the campaign it is no longer a side quest. A story thread that does that should be folded into the arch of your main quest.

First, let’s define what I mean by worldbuilding as it relates to side quests. A side quest is a chance to add layers of verisimilitude to your campaign world. It gives the players a chance to see the game world from a different angle.

For example, a side quest takes them to a rural village to participate in a rural sheep shearing festival while trying to find clues to a party member’s missing family.

Side quests are a great way for you to break out a new set of colors, so to speak. If the main quest is very grim and serious, having a side quest that allows for more moments of comedy or play can give the players a welcome reprieve from the darkness. Vary the tone of the campaign, especially long-running ones, to help players stay interested.

While a side quest can certainly involve an element from a player character’s backstory, the side quest can give the player a place to experiment with their character. They can ask themselves, “How would my elegant noble sorcerer be at a rustic fair? Or in a murder mystery?”

Side quests also offer you chances to give specific offers to a player to change their character in a meaningful way. For example, a paladin could be tempted from their oath, or a bard could compose a song in memoriam of a fallen ally.

Even little moments, small windows into a character’s day-to-day can offer a rich storytelling experience for the players.

The phrase ‘raise the stakes’ comes from gambling in which the amount of money bet is increased. Similarly, we want to do that as storytellers. Each session should ratchet up the consequences of failure so that we can create a feeling of tension.

Tension is the feeling you get when waiting for an important dice roll that everything is riding on. We can build that tension through a number of narrative techniques, including side quests.

To raise the stakes with a side quest, think about the following:

Here are some examples of new pieces of information:

Next week we’ll take a deeper dive into the first ingredient: worldbuilding and learn how to use side quests in Dungeons & Dragons to deliver key exposition.

Do you have a fun side quest story? Tell me in the comments!

If you missed last week’s article, you can check it out here:  How to Easily Incorporate Side Quests