How to Use Side Quests to Genre Hop 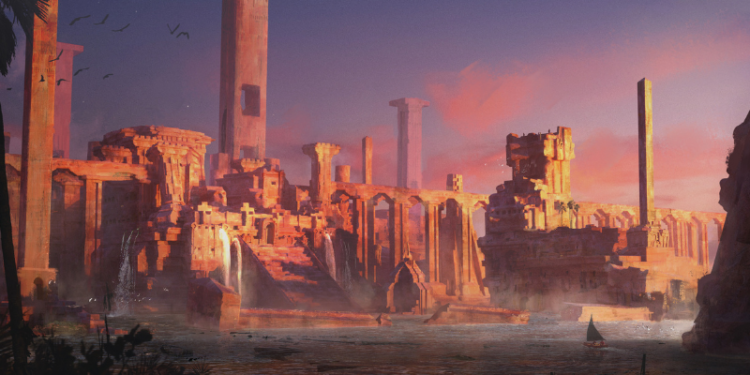 Last week we explored how to use side quests to deliver exposition. But giving the player information is not the only thing that sidequests are good for. They can also be a way to bring a refreshing change of pace to your game by switching up the genre of the campaign for a session.

You can check out the other articles in this series here:

What is Genre Hopping?

Genre hopping is where you jump from the primary mood of a campaign, let’s say high fantasy for example, to another genre like noir for a single session. While this can be done while the party pursues the primary goal or quest, side quests offer a great way to essentially run a one-shot game within the greater campaign.

How Can You Use Genre Hopping?

Genre hopping with a side quest is best used to provide a contrasting mood to the primary quest or to spotlight a character. Both of these play into the purpose of a side quest, which I detail in this article. In brief, a side quest allows for world-building, character development, and raising the stakes.

Genre hopping with a side quest can help generate new ideas for a side quest. You can add layers of worldbuilding by jumping from a grimdark campaign into a noir side quest, focusing the lens on a specific aspect of the setting by using a crime to highlight or contrast against the main quest.

First, let’s define what mood in a TTRPG is. Mood is the atmosphere of the campaign that is created by the Game Master through their setting, descriptions, and attitude when delivering dialogue and other information to the party, like props or art.

Mood is a primary storytelling tool for the GM, as you are responsible for setting the feel of the campaign. Side quests allow you to present a contrasting mood or one that complements the mood of the campaign and setting.

A contrasting genre is one in which the mood of the genre is the opposite of the mood of the primary campaign and its setting, like the cheerful and communal mood of a Shakespearean comedy versus the mood of solitude and isolation of a western genre.

You can use a contrasting mood in the side quest adventure to highlight aspects of the primary mood or to exaggerate them.

For example, let’s say your campaign is primarily a serious high fantasy. Good and evil are clearly defined and your party is heroic and stalwart champions of good. You can use a mood like the whimsy of a carnival, such as the one in Wild Beyond the Witchlight (check out Tribality’s review here), to give the players a chance to explore new ways their characters might interact with the world given the new mood.

They might discover their character has a love for carnival foods or feels uncomfortable outside their role as defender of the kingdom.

The contrasting mood can reveal and highlight aspects of the primary setting that are most important to create its atmosphere. In continuing our example, the carnival can highlight just how precious their quest to defend the realm from evil is. The joy and laughter of the carnival might occur in the shadow of great evil. This helps the players and characters understand what really is at stake should they fail.

A complimentary genre is one that is within the same ballpark as the primary genre and serves to expand on it by giving it some more color, so to speak.

An example of the complimentary mood is having a heist side quest that brings a suspenseful mood to a noir campaign. Noir and heist stories are in the same ballpark: both are crime-centered stories, but each tends to focus on different aspects of the underworld. Noir deals with hard moral questions, characters who are not perfectly good or evil, and systemic corruption. A heist side quest offers a similar mood to a noir story but adds a more suspenseful, and potentially lighthearted mood to the story (depending on how you want to go about it).

Switching up the genres for a side quest can help deliver a fun and fresh adventure to the party while serving to expand the world and the characters.

Have you ever used a side quest to change genres? Let me know in the comments!

Next week we’ll tackle the final article in the side quest series with learning how to use side quests to up the stakes!

The Wild Beyond the Witchlight: A Feywild ...

The Wild Beyond the Witchlight Out Today