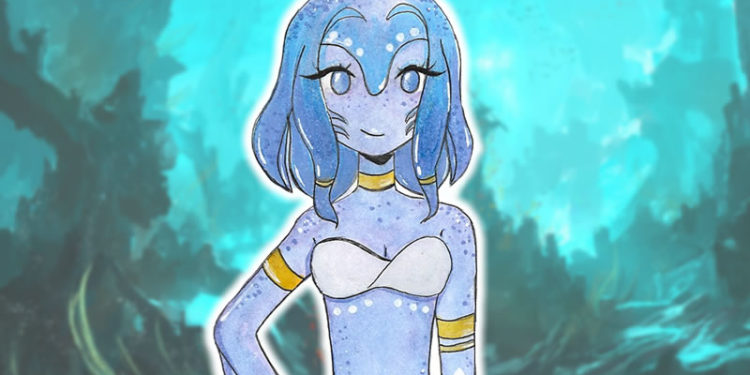 Way back in 2015, I wrote a seven part series on world building. It’s been a few years and I wanted to add to the series. In the series, I examined creating a world by giving it history, religion, geography, technology, magic, people and places, and finally letting the players in. For this part, I wanted to look at some options you can provide your players to really make your homebrew world feel like someplace new. If you look at the most interesting campaign settings, they usually have some hook that makes them unique. By providing new players options, you can help reinforce what is different about your world.

Back in 2014, I decided it was finally time to tackle building my own fantasy world called Vodari. In the past I’ve added details to published campaign settings, but I was a rookie at building a world from scratch. I didn’t let my inexperience stop me from taking our ideas and turning them into a shared world that I ran a weekly adventure in for my players for a year and half for D&D 5e. Regardless of which rule system you use, you can create custom player options. This article looks at some specific player options for D&D 5e that I have provided for my homebrew world.

You were shipwrecked alone or as part of a group. Daily survival was your way of life over the many years as a castaway. You learned to hunt, fish and build shelter before your eventual rescue. Your life of seclusion has made your strong, but you often feel like an outsider while among civilized folk.


What was your reason for being shipwrecked? How old were you when you were shipwrecked. How long were you away from civilization?

Castaways are deeply shaped by the experience of living away from civilization. If you decide your sailing career took a major detour as a castaway, you can choose the Survival feature instead of the Ship’s Passage feature.


For Vodari, I also created a few feats to support a seafaring world with flintlock firearms available to players. The example feat below is a simple rework on the crossbow feat that I provided for a world with flintlock pistols and rifles instead of crossbows. Feats can break the game if designed wrong (or even when done right sometimes), , and they are an optional rule that is supported by most tables as far I have heard from other DMs.

Thanks to extensive training and practice with guns, you gain the following benefits:

Eberron, introduced new races and rewrote the book on existing races to demonstrate how this wasn’t a typical fantasy world. You don’t have to get fancy and develop your own racial mechanics. I think it is best to start by trying to place existing races into your world, so players can find a place for their favorite options. Playing around with what people expect from a few races can be enough to make the world feel unique. So much or what makes a race unique, is their story of how they fit into the world. Maybe your elves are deceitful and run under a dark sun. How about halflings that ride dinosaurs across the plains? With a tweak here and a rewrite there, a race can become entirely new. You don’t have to change everything. Providing new twists on existing races or brand new races unique to your world can be a great way to make your world feel like somewhere new to explore.

Back in 2014, I wanted to emphasize that Vodari was a world full of water and scattered islands. I added minotaurs, sea elves, sea dwarves and some other options to call this out. As I look towards running my next full campaign in the world, I wanted to really play with what makes the people in a water world the same and different. Vodari contains most of the iconic things you’d expect in a fantasy setting, but in a world with more water than land, much of the familiar becomes surprising and new. Some ideas I am throwing around tweak some of the races and keep others close to the norm…

Here is a rough version of a new racial option called the Voda mentioned above that I’m still developing. I could have just re-purposed tritons or sea elves, but I thought it would be interesting to create an amphibious shapeshifter. I’m also working on something that basically blends firblog and warforged, called Mechasouls… which I might share soon too. 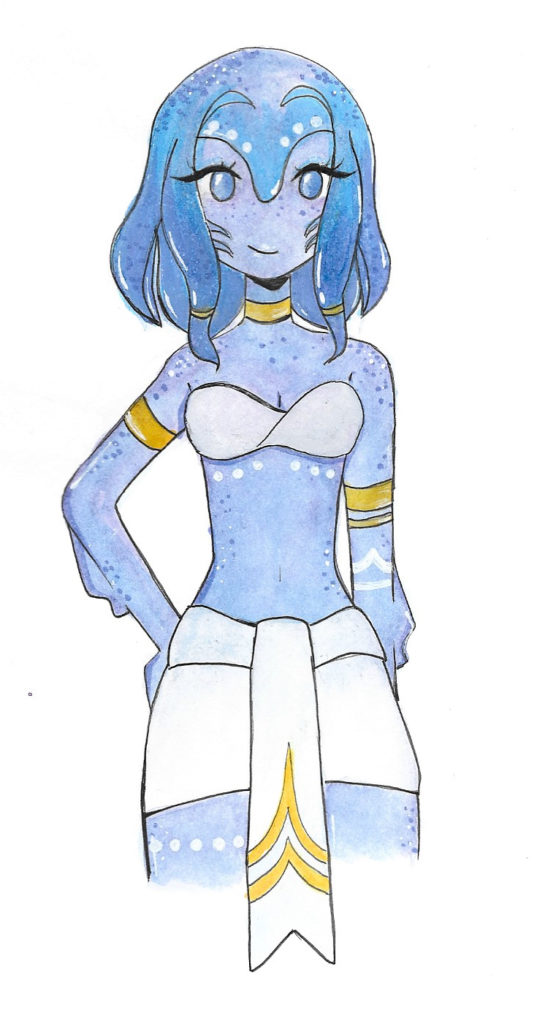 The Voda are descended from the ancient Varu. They are amphibious and have the ability to disguise themselves to appear as another type of humanoid, hiding their true appearance. Voda live in underwater communities usually close to large coral reefs, but many venture onto land out of curiosity.

As a voda, you have the following racial traits.

Alignment. Voda tend towards good, with most preferring to embrace chaos as playful tricksters.

Size. Voda are about the same size as humans, but relatively slighter. Your size is Medium.

Speed. Your base walking speed is 30 feet, and you have a swimming speed of 30 feet.

Amphibious. You can breathe air and water.

Darkvision. Accustomed to living beneath the waves, you have superior vision in dark and dim conditions. You can see in dim light within 60 feet of you as if it were bright light, and in darkness as if it were dim light. You can’t discern color in darkness, only shades of gray.

Hide in Plain Sight. As an action, you can change your appearance to that of any humanoid indefinitely using simple illusory magic. However, on a successful Investigation check (DC 8 + proficiency bonus + Charisma Modifier), a creature looking directly at you can tell that you are not what you appear, though they still cannot tell your true form. This magic is detectable and dispelled in an anti-magic field or by dispel magic (your character level divided by 2 rounded down is the level of this spell for the sake of dispel magic). If your illusion is dispelled you cannot use the ability again until after you finish a long rest.

Compelling. Voda are natural masters of the subtitles of body language. You have proficiency in the Persuasion skill.

Language. You can speak, read, and write Common and Aquan.

In the next part of this series, I’ll look at creating your own equipment for your homebrew world.

Here is a list of the entire series. I hope you enjoyed it!

Playing in a Prepper & Survivalist Campaign ...