13th AgeHistory of the Classes 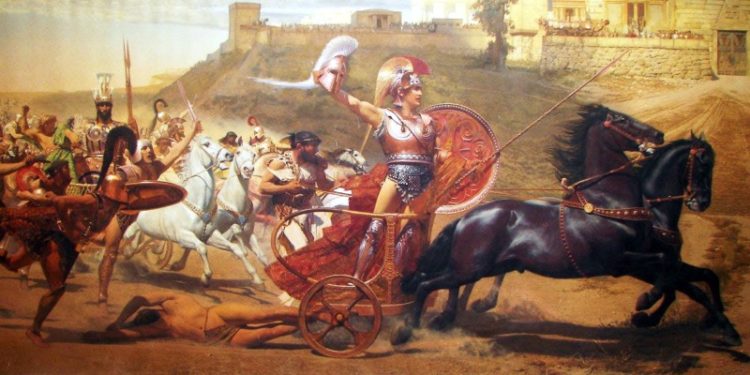 I wound up not finding anything I wanted to pair with the 13th Age commander class for today’s article, but at the same time… there’s enough meat to justify deep coverage. If you’ll open your Book of Common Prayer System Reference Document to page, uh, whatever this page is: Commander. There are some superficial similarities to both the bard and the fighter – about like you’d expect, if you’ve read the History of the Warlord up to this point.

Thematically… uh, well, I don’t have access to 13 True Ways, so I’m not sure what flavor text they include here, but I’m 99% sure that class name is all we need to know up-front. That said, there are a few unusual choices coming up, so I can’t help but wonder if they’re clarified in the actual book in some way.

That’s the core of the class – everything else is Commands and Tactics. I have some notion of what this class is and how it plays before going through the Commands and Tactics, but it’s like saying you understand the wizard before you look at the spell list. Of the Class Talents as a whole, I feel like there’s a mix of fundamental playstyle-changing options and nice-to-have minor bennies. That’s normal for 13th Age, but it always strikes me a bit oddly.

Before I go on, I want to say that this rest of this is going to be some pretty dry item-by-item commentary. I’m interested in pointers from 13th Age fans on where I’m overestimating or underestimating the value of options.

There’s a new tier of Commands and Tactics at 1st, 3rd, 5th, 7th, and 9th levels. I think it’ll make more sense in analysis if I handle all of the Commands together, and then all of the Tactics. Remember that Commands are always used on an ally’s turn, which is awesome for keeping the commander’s player engaged in play when it isn’t their turn, and for really creating the sense that they’re cheering for the target player. It’s tapping into one of the best parts of 4e’s dynamic, is what I’m saying.

The idea with Tactics is that it’s something you do on your own turn, but they’re limited-use. Overall I’d say that Tactics are your early-battle stuff and Commands are mid/late-battle, since it takes time to get your currency built up.

I wasn’t setting out to just review the commander class, but I’ll say that this looks like a lot of active fun. It’s highly, but not exclusively, focused on aiding allies. Generosity is good, but warlord-style fun doesn’t need to be solely helping other people do stuff. You probably want to do some asskicking of your own too, right?

The big deal of the class, obviously, is the command point currency. Currencies that you have to build up in combat have design dangers, like when you misjudge the length of a fight. 13th Age seems a little better at signaling the pacing of battles than D&D. The command points and the need to fight with weapon attacks is the signal that this isn’t just a bard and is at least partly fighter. Command points and the flexibility of reusing commands in a battle set it apart from the 4e warlord. My only issue is the weapons-and-armor thing.