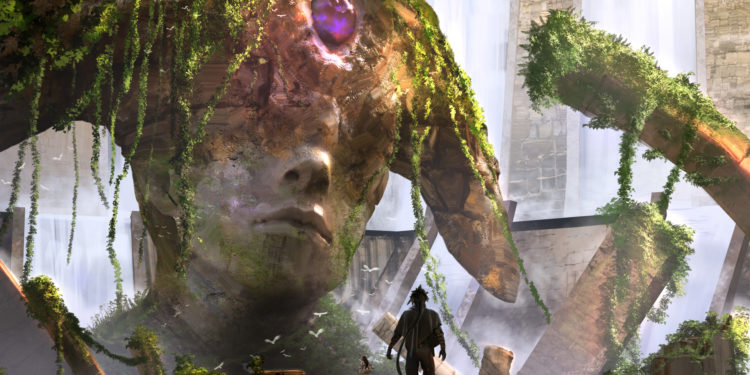 The other day I noticed a pattern I used for worldbuilding that I really liked. I tried it out a few more times and ended up liking the results. That’s why I wanted to show you folks my new technique, which can be altered with ease.

Normally, people start worldbuilding by gathering ideas and throwing them all into a box to add in some place at some point. This one, on the contrary, focuses more on building a believable location by asking yourself several questions; these ones, generating even more. I decided to start with something as simple as a statue, monument, or piece of art. These things normally do say a lot about the place they are in. Thus, one can branch from there into several directions.

This step can either be at the start or even in between. Some people like using the location name as inspiration, letting the rest of the information flow from there. For this, depending on which kind of world you are trying to create (a fantasy one or something close to our own world), I recommend using these two webpages: Old Maps Online and FantasyNamesGenerator. The former will offer you real maps made from real cartographers from the past ages. I recommend stealing names from places you are basing your campaign, kingdom. city or town on. You will be surprised by the great amount of useful names to steal you can find in there. On the other hand, FantasyNamesGenerator is pretty well known and self-explanatory. Search what you are looking for in the correct category and pick a random one from a huge variety. 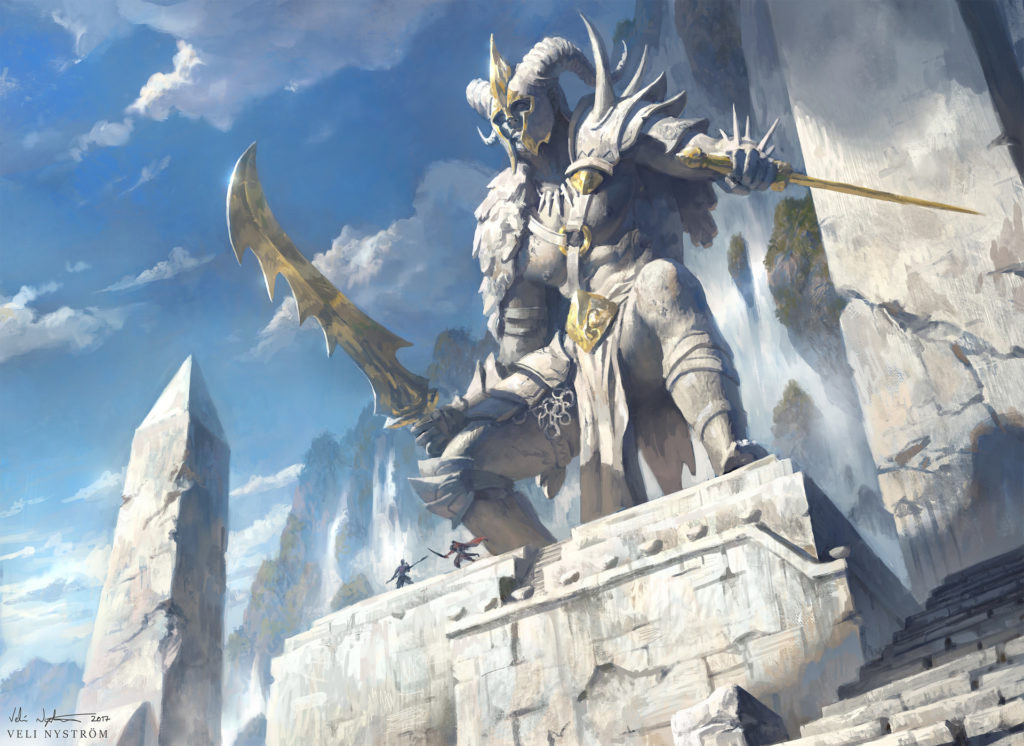 If we did find a name we liked, we can decide which statue to build from there. We are going to use ‘Cliffsummit‘, which I found in FantasyNamesGenerator, in the Fantasy Town Name section. When I hear Cliffsummit all I can think of is some little town, covered in snow at the top of a hill. I’ll take inspiration from Nordic myths and tales when thinking of it. After some googling, you will easily find out giants and dwarves are the most used creatures when telling tales from the mountains. As I want to go a bit out of the ordinary, I’ll stick with Giants.

Our statue can be of great size, used as a monument in the middle of the town. It depicts a Stone Giant, normally thought of as a hostile creature, picking a huge rock up so normal folk can cultivate beneath it, where no snow has touched the hill’s surface. This easily springs multiple questions:

Who was this Stone Giant?

Vidfur the Stone Giant was doing his stone recollecting routine. He was scared when he saw people behind the stone he lifted with ease. Vidfur was thanked, invited to the town and received some glorious meal. In exchange, Vidfur would bring his friends and help the people from Cliffsummit build a town. Receiving free, tasty food in exchange for easy work seemed like a no brainer, so he accepted. Thus, the people from Cliffsummit are eternally grateful of Vidfur and his clan, and invite them for a big meal once per tenday.

Who are these people living in Cliffsummit?

Saying humans were the ones who took advantage of the giants’ strength would be the classical choice. Let’s go with something different. Giantfolk (yeah, we are inventing a new race because Goliaths are not what I am looking for), a race with a size ranging from 5 to 7 feet inhabit there. This species is particular from this zone and can be easily confused for very big humans. They are extremely civilized and wise creatures, used to living in freezing cold weather conditions.

Let’s continue: add something important to the city 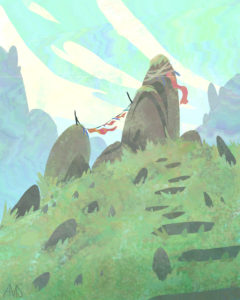 We now have our Stone Giant, the way this little town was created and why they have a close relationship with giants. What’s next? Giants are capable of creating big constructions in little time, due to their strength. Moreover, they are very dexterous for their size, meaning they could create delicate buildings if they so wanted to while receiving some help from our Giantfolk people. Giantfolks plan out the architecture and engineering, while Vidfur and his group do the heavy handwork.

What could there be of use at the top of a hill? The Cliffummit name suggests it is located at the very top. Why not create a mirage point? Somewhere people can look from to inform the kingdom of enemy troops coming from the west.

See what I did there? A simple question made me think of the possibility of having two kingdoms at war. Who are these two kingdoms? What do they consist of? Why did a war begin in the first place? Is there any other kingdom intervening in this battle? Which are their ideals? Were these kingdoms at peace at some point in the past? The number of questions you can get out of this are endless and will help you easily fledge out your world. 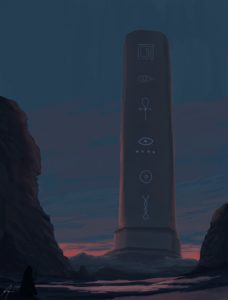 Why start from a statue?

Statues, monuments, great pieces of art. These are things that can be seen in basically any location. Even if your location had none, that would also generate several questions. These constructions are made to symbolize past events, pieces of culture, religious beliefs, important people, metaphors and much more. The ample variety of pieces of information that can come up from a statue is overwhelming. To sum up, next time you get stuck while trying to add more things to your world, try starting with a statue.

Do you agree with this tip? Do you use any other method when worldbuilding? If you are looking for some other point of view in this topic, may I recommend you check out Shawns‘ or Nick Labonté‘s articles?

Want to add a Hogwarts-like school to your new world? Click on the article RIGHT HERE to get some very helpful ideas!