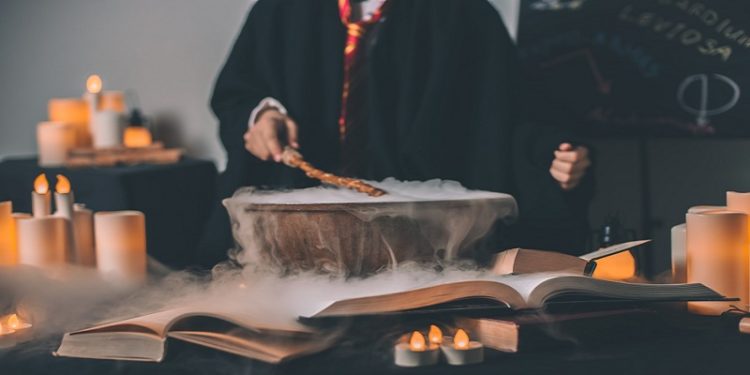 A roleplaying magic system can be a pretty cut and dry thing: a spell list, damage, area of effect, and so on, but if done correctly, it can do so much more. Properly done, a magic system can be used to deepen the setting’s theme and background, informing the players and DM about the world, the peoples, and cultures.

All “magic” systems rely on manipulating reality through the use of magic power, special effects, technology, innate abilities, or mutations to create an effect, such as healing, damaging others, buffing, disguise, summoning, animating and so on. The generation of these effects typically takes time to produce and generally drain the character’s health, energy, memory, spiritual power, etc. Such systems are often limited in how much can be accessed at any given time, subject to failure or interruption, through various methods and mechanics. These articles examine each of the abovementioned aspects at a high level.

Most games give the player a list of pre-existing spells from which to choose. Others offer players spell customization – within set guidelines. The more options such a system provides, the more apt it is to break the game. Depending on the game in question, the importance of research, assigned skills, magic (technology) types, player ingenuity, and luck-of-the-dice will vary. Spells (or power generation) in this type of system may be as simple or complex as needed. In such systems, most powers are customizable with enhancements or limitations. Some examples are:

In most tabletop RPGs, in addition to spending mana, a spell slot, power points, or whatever, to activate a spell, is a material cost. This material cost is what most systems call “spell components.” These components can be found, purchased, looted, scavenged, harvested from enemies, and combined into something new. When characters gather the raw ingredients in a more realistic setting, there should be a check. This check is to ensure the items they’re hoarding are collected, stored, and/or preserved correctly. If not, their effort may be in vain, and their effort wasted. These components usually fall into one of the following categories, with some overlap:

An extension of the idea of spell components is magic item crafting, which uses the same types of components as spells. It is an alternative to buying everything from shops. When done properly (and with DM fiat), these items may be superior to anything that can be acquired otherwise.
Furthermore, if the PCs spend time stockpiling and crafting items, it can become a source of revenue for players. Though PCs need to be wary, as the magic items sold to shopkeepers may end up in enemy hands.
A robust magical item crafting system should require tools and/or a workshop or laboratory, appropriate skills, raw materials available, and time. Note that workshops or laboratories can be of the portable type. Depending on the exact type of a magical item being created, crafters will need different tools.  Balancing these different pieces will help to make the system fun, user-friendly, and encourage PCs to use the system. Keep in mind that each category of item-crafting should have distinct types of crafting skills. For example, alchemists craft potions, fletchers craft arrows, armorsmiths enchant armor, and so on.

According to TV Tropes

Magical plagues need not be limited to just attacking the physical being of those who contract it and thus are not limited to the standard vectors of transmission of common illnesses. Curses may be designed to infect the spiritual essence of a creature, or even to (only) infect other magic users as they cast spells of their own. While this versatility may seem to make a magically created plague more reliable than other types, it is still not uncommon for the caster who created it to be killed as well, either directly by being infected themselves, or in the aftermath that the disease’s spread causes.

In almost all gaming systems, there are magical maladies – those things that are caught or spread through magical influence. These maladies are created through the supernatural powers of a person, creature, or group, whether by accident or design. In classical literature, magic plagues are brought about by the gods or God to punish society for some collective sin that must make restitution for the damage. Fantasy uses of the idea are less positive.

Whatever the reasons behind it, using disease-based magic is always an evil act for the sheer amount of suffering it can bring about.

As you can see, there are lots of pieces to build a magic system. The more of these pieces your game uses for the magic system, the more alive it will seem. Look over the tips presented in these articles to help bring your magic systems to life.