Using Tattoos in Your Game, P3 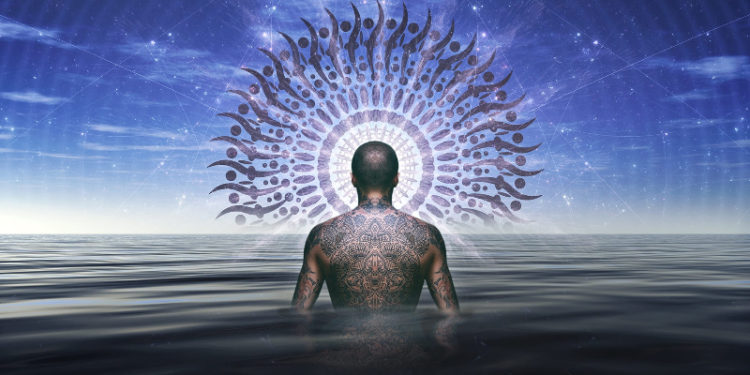 In part 1 we gave a definition of a tattoo, examined how different classes might use tattoos, looked at monster markings and tattoos, as w ell as  tattoo power levels. In part 2 we talked about how magic tattoos and other items might interact, magic tattoo removal, how religion and different sects of society might react to the tattoos, activating & advancing magic tattoos, creating new tattoos, and cursed tattoos. This time we’ll discuss tattoo rarity, spell level, & character levels, tattoo suggestions, and tattoos & PC races.

Giving out tattoos is not an exact science. You need to know what your characters are capable of and what types of powers are inappropriate for your world. However, some general guidelines are as follows:

Even though tattoos don’t necessarily have to be obvious for the magic they represent, some thematically appropriate tattoos might be as follows:

Classes aren’t the only consideration when it comes to tattoos. First, when choosing their character’s race, it’s useful to think about how they might choose tattoos. Next, keep in mind, when looking at the possible spell lists below, keep in mind the level of the characters, as well as the power increase to the character(s). An additional issue to note is the rarity or commonness of the tattoo. Finally, the game’s plot needs to be considered. A political game set mainly in wealthy nobles will need drastically different skills and abilities than a game that has vampires or Cthulhu as its final boss.

In addition to discussing races, we’ll also be looking at classes that might be thematically appropriate (whether based in having tattoos or not) for the races. One such class might be the Rune scarred barbarian

Note: on the spell & ability list, if not listed otherwise, the spells listed are from the sorcerer, bard, and wizard spell lists.

Because of their feathered nature, both Aarakocra and Kenku have a difficult time being tattooed. The only way of doing so would be to  pluck their plumage first. They could be pierced, scarred, or have different feather patterns instead. Maybe the markings they get enhance their avian nature.

Because Aarakocra enjoy open skies, and feels claustrophobic in underground areas, the specific type they favor would have entail freedom and movement. The effects of such markings and the like might be:

Kenku, on the other hand, would want markings that would help them to fly (3rd level for the spell,  5 or 6 for the tattoo) or break the curse of mimicry (5th or 6th, as it’s a racial curse). If used as a “always on” type of a marking, without the need for concentration it, the two combined might be legendary.

Aasimar are half-celestial, and as such they often are good natured. The tattoos they choose will often enhance their divine birthright. Such tattoos might replicate the following spells:

If you’re an Aasimar and a barbarian, you might find this primal path appropriate.

Tieflings, and fallen Aasimar on the other hand, even if they are good are seen as evil due to their quasi-demonic herritage. If they want to double down on necrotic damage, the following tattoos that replicate the following spells are appropriate:

Genasi are half elementals.  The types of tattoos they would choose to be marked with or seek out would be based on a combination of their heritage, location, and class. If however, they wish to harmonize with their existing powers, there are a several spell-like abilities that would be useful. Similarly, dragonborn of the same powers can do likewise.

Fire Genasi have an affinity for fire. Tattoos that replicate the following spells may be appropriate for them:

If you wish to harmonize the fire genasi, or red, bronze or gold dragonborn character also happens to be a barbarian, consider this path. Then there’s this Sorcerer Pyromancer class.

Water Genasi have an affinity for all forms of water: steam, fog, ice, and snow. The following spells may be appropriate for tattoos:

Water Genasi and silver and white dragonborn might benefit from this Water bending or Water Manipulator class. They may like to pursue the Waters of Life sorcerer archetype or the paladin Oath of the Drowned. paladin

Earth Genasi may wish to look into the School of Animation wizardd class,  the way of the iron mountain monk school, or into the following Gravity Spells

Air Genasi and the blue, bronze dragonborn have among the most choices, thematically, with lightning, thunder, and cold damage to choose from. They might consider the following tattoos:

Air Genasi, blue and bronze Dragonborn might benefit from the barbarian Primal Path of the Storm Herald. The homebrew class Monk of the winds may also be appropriate.

Green Dragonborn are known for their poison breath weapon. If they wanted to double down on the ability, they could tattoo the following

All elementalists can benefit from this class or the Circle of the Elements druid class.

We will continue our discussion of the races next article.