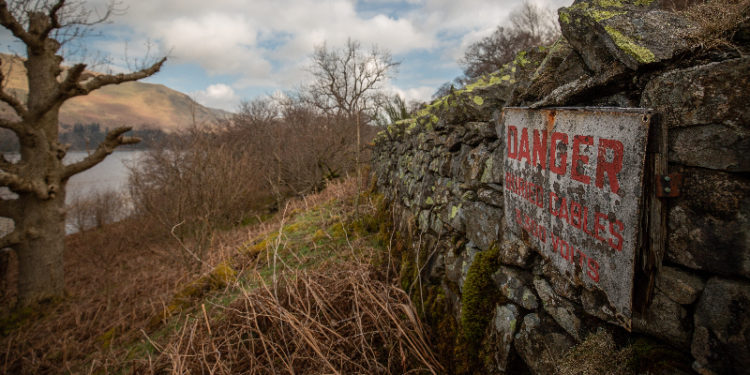 (Author’s note: I’m picking up where I left off numerically)

The original reason the structure was built becomes obsolete. For instance, previous technology may have required an entire coal operation to produce heat and electricity and something cleaner came along such as natural gas or electricity. “Technology” isn’t limited to technology per se either. Remember Clarke’s Third Law, Reversed which states “Sufficiently analyzed magic is indistinguishable from technology.” If a newly analyzed form of magic comes to the forefront that is more potent than its predecessor(s), it may negate the need for various structures, thus causing their abandonment.

The location was buried by something, and either the occupants could have been saved, or killed instantly or shortly thereafter from the experience. This type of a thing is caused by geological activity, freakish weather patterns, or rapidly changing global conditions.

During Nazi Germany, instead of letting the Allies get ahold of their ill-gotten loot, some high-ranking officers dump their find in a lake. Maybe in your game, an organization abandoned or destroyed a site so as not to let it fall into enemy hands. If you’ve watched 80s cartoons, destroying their base is a classic trope of the BBEG.

In the bible, God evicts Adam and Eve from the Garden of Eden because of their sin. Maybe someone has done something that offended or endangered the gods, and they have decreed that no one is to enter the area. Perhaps the PCs have done something that caught the gods’ attention. As punishment, they have been shunted to this area to keep them out of trouble. Conversely, the gods (or other forces) could have sent the PCs there to keep them out of the way. While the PCs are there, not able to interfere, other things can happen.

Similarly, something the PCs do could attract the attention of Ravenloft’s mists. And instead of grabbing a single PC, it traps all of them to teach a lesson. The location could be a thematically appropriate abandoned location that they must find their way out of.

A ship might be abandoned for a variety of reasons. There could have been a mutiny, forcing most of the crew to abandon the ship. Those that remained, died. Death on long sea voyages are common occurrences. Scurvy, lack of fresh water, severe injury or disease, and fire all contributed to deaths. If the entire crew was on the deck of the ship during a storm, they could have been swept overboard.

Then there’s the possibility of sinking. It may have been sunk because it ran aground, sank in a battle, ran into an iceberg, was capsized by stormy weather, or scuttled (deliberately sank). Unless those who were onboard the ship could breathe underwater indefinitely, they would have to “abandon ship!” The reason why it sank might be up to the PCs to discover. Ships at the bottom of bodies of water also often have sunken treasure with them.

By using abandoned sites as a springboard to drive the plot, you can make better use of your game’s locations. Look out for part 4 of this series soon.