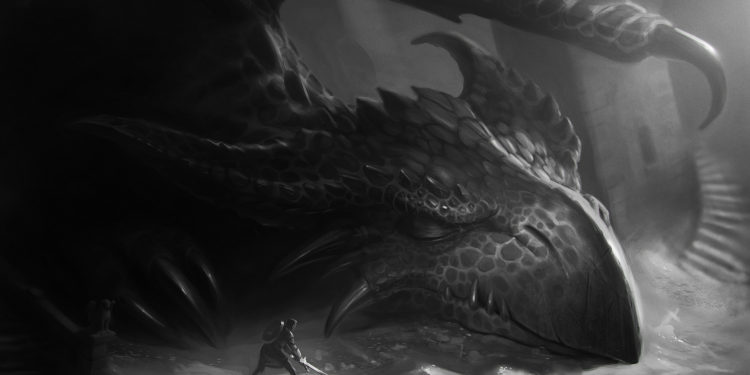 Iconic and feared throughout the multiverse, Dragons represent some of the hardest challenges that a player in Dungeons & Dragons can expect to come up against. With all the Unearthed Arcana about dragons coming out, we are sure to see more draconic content soon enough. Today we are going to look at the Dragon monster type from scale to wing to the very tippy of their snouts.

You can check out previous articles in this series where I cover: Elementals, Constructs, Aberrations, Beasts, Celestials, Fey, and Fiends.

Dragons as Monster of the Week

Faerie Dragons are a fun monster to throw against a party, especially if you’re planning on including lots of Feywild content in your campaign. The Faerie Dragon has a lot of control spells, a charm ability, and superior invisibility, allowing it to perhaps terrorize a village in revenge for cutting down their favorite grove.

Wyrmlings come in all the different colors of a dragon and can be a great hook to introduce a larger threat. A wyrmling is a newly hatched dragon that is seeking to build their horde and to grow in size and power. One could be harassing caravans, or manipulating a local merchants guild to acquire all that they seek. They also come with lair actions and regional effects that you could potentially add to introduce new players to those features.

These dragon doggos make great companion monsters to a horde of kobolds or as guards or raiders sent by a dragon to collect taxes from a village or to prevent nosy adventurers from acquiring a gold cache that was set up. They even can potentially make good pets if a character is willing to go through the process to acquire a dragon scale and create one.

Coming in with two variations the Wyvern (or Reduced-Threat Wyvern) can make a fearsome opponent for any would-be monster hunters would want to take down. They can also be sources of potent magical reagents or potentially serve as a mount if tamed. Wyverns can attack in pairs or packs, using their stinger to poison a foe before tearing apart a foe with their claws or their bite attack.

Dragons as a Big Bad

Dragons, of any kind, make very fun campaign villains. Evil chromatic dragons are intelligent, scheming, and have a pretty clear objective: get booty and dominate the world (mood). But, even good-aligned metallic dragons can be great villains. There’s an interesting example of this in Van Richten’s Guide to Ravenloft in the domain of dread called Niranjan.

A metallic dragon might decide that they’ve had enough of all the evil in the world and so have launched a crusade, or the party might not live up to the exacting standards of a platinum dragon. They can also make good allies against a metallic dragon, bestowing boons and gifts upon the party, potentially mentoring them.

The best thing to do after choosing a Dragon as a big bad is to customize an existing dragon to fit with your campaign. Here’s a quick bullet point rundown of some steps you can do to customize your dragon baddy:

For example, I want to have an Ancient Blue Dragon as the Big Bad of my high-level campaign. Let’s call her Ambrakaria the Blue Dread.

I see her as having an army of kobolds, so the final fight will definitely feature a few kobold casters and lots of traps. Blue dragons live in lairs made of sand and glass and aren’t afraid to bring down the whole thing and then just burrow out, so I’ll add a legendary action to begin bringing down the lair on the party if the dragon feels like they’re likely to lose the fight.

In their lair, I’ll add an escape route and pepper it with traps. I’ll also be sure there are a few ways for the party to acquire the information needed to infiltrate the lair and disable the traps and/or prevent the dragon from escaping. Voila! The beginnings of a really nasty big bad!

I hope today’s article gave you some ideas to incorporate in your next campaign or adventure. Next week we’ll take a look at Giants!

You can check out previous articles in this series where I cover: Elementals, Constructs, Aberrations, Beasts, Celestials, Fey, and Fiends.