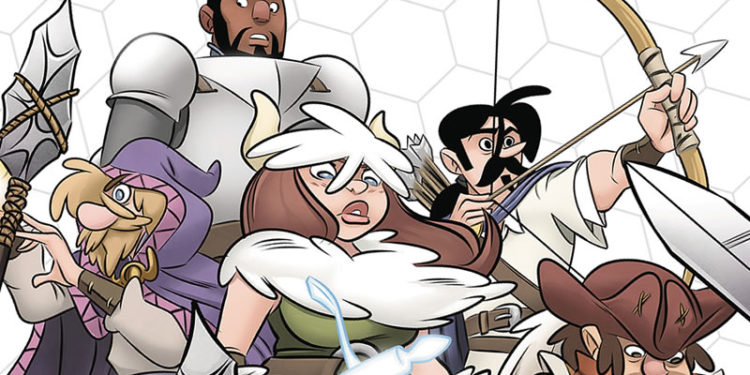 
Table Titans is a webcomic (which is also later published in book form) which has been running since 2013, and is currently running Season 4. It follows the adventures of the ‘Table Titans’ gaming group and their rivals the Dungeon Dogs while they play Dungeons & Dragons. The comic panels jump between following the adventures of the groups at the table while out of character and in-game. In Seasons 1 – First Encounters and Season 2 – Winter of the Iron Dwarf, the focus of the comic is on the Titans and their adventures in the Forgotten Realms. Season 3 – Whispers of Dragons and Seasons 4 – Road to Embers move the focus to their rivals, the Dungeon Dogs, in the home-brew Fallen Veil setting. 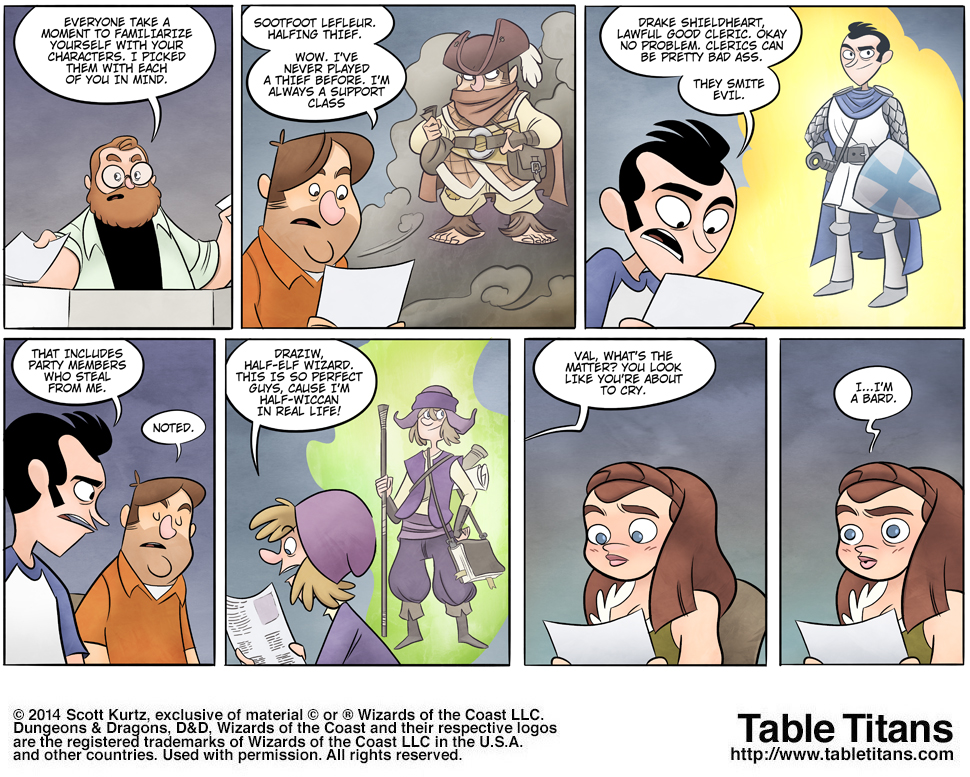 The webcomic is written and drawn by Scott Kurtz and colored by Steve Hamaker. Table Titans is a spin-off of Kurtz’s webcomic PvP, and features characters who have previously appeared in PvP. Table Titans heavily features D&D and Wizards of the Coast has even partnered up with Kurtz. 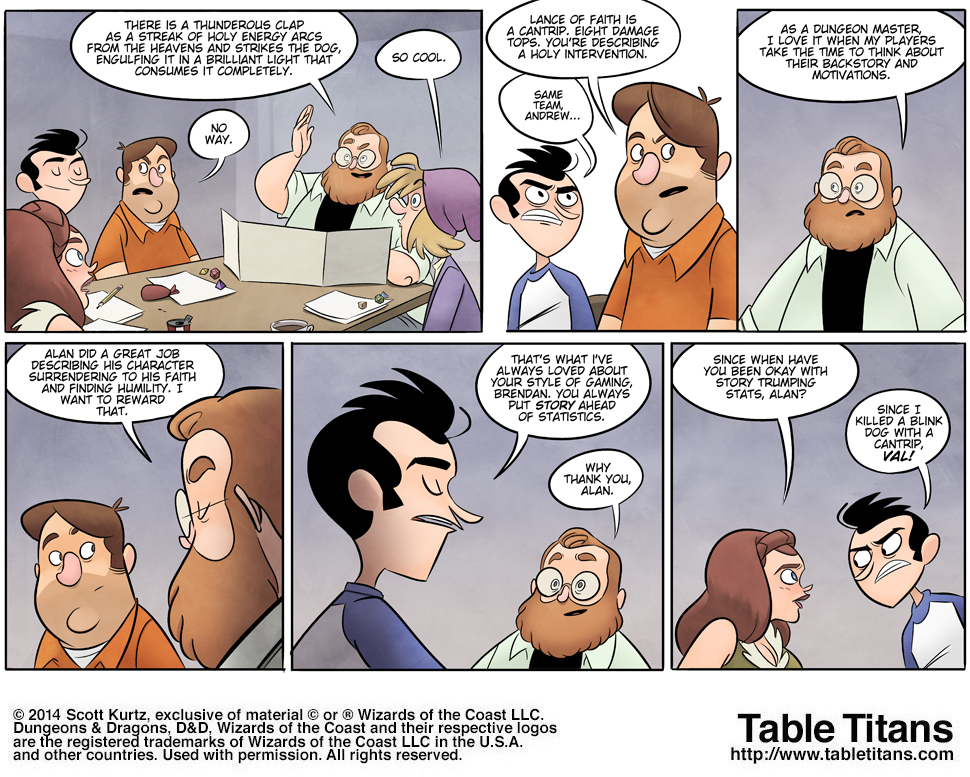 Table Titans is a favorite of mine that I have been reading a couple of times a weeks for years. I enjoy how Kurtz reveals a story from the eyes of the characters and balances that with all of the table talk by the players.