13th AgeDungeon WorldHistory of the Classes 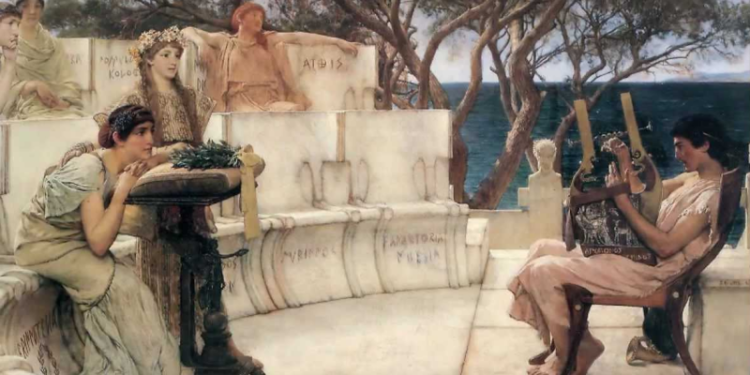 Sure, it’s been more than three years since the last article in the History of the Bard, but the tale of each class has grown in the telling and I wanted to do the same for bards, this time for Dungeon World and 13th Age. Those both have SRDs (DW, 13A), so you can follow along in your pew.

The next block of features are advanced moves that you can buy at 2nd level and up.

The rest of these moves require you to be 6th level or higher.

The features paint a picture of a musician, swashbuckler, and trickster who plays party support. Yeah, that’s basically bards as I understand them. I think the swashbuckling part is the easiest to skip. I like what I see here, and bard would be a top option if I were creating a DW PC.

The SRD doesn’t offer a lot of flavor text on the bard, so I’m just going to dive in. As usual, I love the suggested spread of backgrounds that fit into this class.

You choose three of the following as your Class Talents. These don’t change in the course of play.

Move It! lets one of your allies move of disengage, triggered by an even roll. Feats improve their chance to disengage.

Pull It Together! is a healing power, letting an ally spend a recovery. With feats, you increase the healing done and can use this more often. It’s normally 2/combat, so it’s about as much 4e’s Inspiring Word feature as it could be. It triggers on any natural roll of 11 or better.

Stay Strong! grants +2 bonus to AC that develops, with feats, into benefiting other defenses, and winds up +4. It triggers on any natural roll of 16 or better.

We Need You! grants a new save against a save-ends effect, and with feats you add bonuses to that save. It triggers on an even roll that hits.

Hang Tough! grants temporary hit points on an odd roll, and with feats it increases the amount of temporary hit points. I’d say that this is not really worth using (given the large numbers of 13th Age hit point and damage values) until and unless you buy the Adventurer and Champion feats, and target someone who is staggered (translation: bloodied).

It’s All Yours! gives an ally a bonus to hit a target when you miss that target. With feats, you add in damage, building up to quite a lot of damage. Yes please.

Take Heart! is another option to purge conditions, on any hit.

Stay True! refreshes a once-per-battle power that an ally has already used. The trigger changes based on the escalation die, which makes sense – it’s trying to space out re-use of the power.

Victory is Ours! is a setup for either a come-from-behind win or a finishing off an enemy you’ve got on the ropes. Here again, the trigger varies with the escalation die, and feats change that further. It both heals an ally and grants substantial damage bonuses to several of your allies.

The Time Is Now! lets an ally spend a recovery to renew a daily spell or power, and triggers on a 19-20, or 18-20 with a feat. This is great, but unreliable enough that you’ll be glad you’ve got all those other Battle Cries.

Song of Heroes is a bonus to hit for all of your allies, culminating in a single slightly larger bonus. Accuracy boosts are a classic for bard songs, so sure. If you use this as a higher-level song, it does a few more minor things; the important thing is that it recharges more easily.

Song of Spilt Blood is an interesting detaunt power. (Detaunt: a feature that reduces an opponent’s interest in attacking you. Because you’re squishy af.) The song is significantly easy to sustain, and culminates in healing an ally with a recovery. Feats primarily improve the amount of healing.

Song of Aid hands out temporary hit points every round. It’s a bit harder to sustain, but at higher levels it becomes quite a lot of temporary hit points each round. The finale also lets one person who benefited from the song heal with a  recovery. This looks incredibly powerful to me, though it is strictly daily, with no recharge chance after battle.

Song of Thunder is a righteous solo to blast your enemies to smithereens, dealing damage to multiple nearby enemies every round. You’ve still got to make an attack roll for it. The finale is further damage that also deals half its value if you miss.

Song of Magic gives you and nearby allies a chance (a roll of 16+ on a d20) to retain daily spells when cast. The final verse grants an attack bonus to all of your party’s spells for a round. Cast at higher levels, the escalation die factors into first the (quite difficult) sustain roll, and later the roll to retain each spell. Basically, this spell is great but unstable and hard to use at the level you get it, and that eases off only a little as you go. It most benefits you when it’s late in a fight – which is when you should be casting your biggest spells anyway, thanks to the escalation die.

Song of Blood & Legends is a party-wide heal that just keeps on giving as long as your party keeps on hitting (and has recoveries to spend). The final verse also grants a free attack, and when cast at 9th level it also makes the final-verse healing not cost a recovery. It’s a tough song to sustain, at 16+.

Song of Victory is a big debuff (-4 to hit) for nearby enemies with fewer hit points than you. I don’t know enough about 13th Age monsters to guess how common of a situation that is, but even if it’s rare, this is an unusual song that rewards the party for spreading damage around rather than focusing fire. The final verse deals damage to all nearby enemies, no attack roll needed. Another hard song to sustain.

Song of Destinies lets you alter the natural results of d20 rolls – +1 to one ally per turn, followed by -1 to one enemy. The final verse draws on one Icon’s involvement in the battle, and starts a “duet of improvisation” between player and GM as to what effect the Icon has on the battle. This is neat, and great for altering natural rolls to trigger crits and other die-result-dependent effects. It also makes it incredibly unlikely that enemies will crit on your allies.

Spells close out this massive collection of bard content.

Battle Chant behaves like a melee attack for Battle Cry purposes, but deals thunder damage to nearby enemies. Higher-level spell slots increase the number of damage dice, while feats increase the damage die size. You can use this at-will, which means that it costs spell slots but you can keep on spending spell slots on it.

Befuddle confuses its target for a round, or dazes them on a natural even miss. The spell has a hit point threshold that determines whether it can target a creature, which is mostly here to protect bosses in the early-mid rounds of a fight. The threshold rises with higher-level spell slots, of course. This spell can be reused, but only on a recharge roll of 11+ after the battle. Feats improve many aspects of this spell.

Charm Person is an out-of-combat-only spell that, well, does what you would think. It also has a scaling hit point threshold. I like that there are rules for whether your spell is detectable by the target or its allies.

Soundburst is what you post a link to when your tweet goes viral. No, wait, it’s the big, damaging AoE that its name probably leads you to expect, and it also dazes targets on a hit. The damage starts off respectable and gets pretty crazy, but it’s risky – it can damage your allies if you miss. The feats for this spell are nice to have, but look less exciting than I’m seeing elsewhere.

Vicious Mockery inflicts psychic damage on a hit, and if the target misses before the beginning of your next turn, it suffers damage equal to half what its attack would have done. You’re hearing the Nelson laugh in your head right now, yeah? The damage scales with slot level, of course. With feats, this turns from “good” to “how to make boss monsters risk self-slaughter,” among other improvements.

Wild Heal randomly targets two nearby injured allies at random and heals them. You’re trading predictability for great action efficiency. Higher levels increase the healing output (which already scales with your level). The feats improving this all look great.

Arrow of Verse is a single-target direct damage spell, with damage that deals more damage based on the escalation die. Higher level spells deal more damage, of course, as does the epic feat option. Looks pretty fun to me.

Discombobulate is an upgrade to befuddle, but considerably harder to escape once it lands. Again, a hit point threshold. I’m not sure how the designers intend for the GM to signal hit point totals to players, but there’s no handling for when you try to declare a target that has too many hit points.

The Overworld Two-Step lets you rearrange your whole party’s positions, though each position that was occupied must still be occupied when you’re done. Feat enhancement improves its recharge, from 16+ to 11+, and increases the range at which you can pull in allies.

Inspire Legends is a recharge spell that requires a fairly mature escalation die, and gives your whole party a roll for every expended power and spell except this one. I don’t know how bad of a problem being out of powers is in late-game 13th Age, but this is a pretty convincing solution.

That’s the last of the bard content. Gameplay looks more complicated than other 13th Age classes I’ve read, with three different kinds of actions to choose between. If you’re good with managing all of that, it looks like a varied and powerful support class that manages the significant challenge of blending weapon use and magic. I’ll grant that it’s not uncommon for support classes to have a little more overhead than other party roles.

Thematically, this is a spelllcaster-musician-cheerleader-warrior. You can increase your focus on any of those with feats and Class Talent choices, which is one of the things I most love about 13th Age class meta-design. The best you’re going to get as a warrior isn’t all that much, though, because it’s so bound up in the cheerleader function. I love the way the class leans on Icon Relationships, as well: narrative and reversals of fortune are in the bard’s soul.

What I’d most like to see lifted from the 13th Age bard for 5e is that sense of the vicissitudes of fate, and the Int/Wis alternatives. I think 5e could have benefited from letting bards and warlocks pick their casting stat (from Int/Wis/Cha) at 1st level. If that made bards and warlocks even more appealing multiclasses, well, there are worse prices to pay.