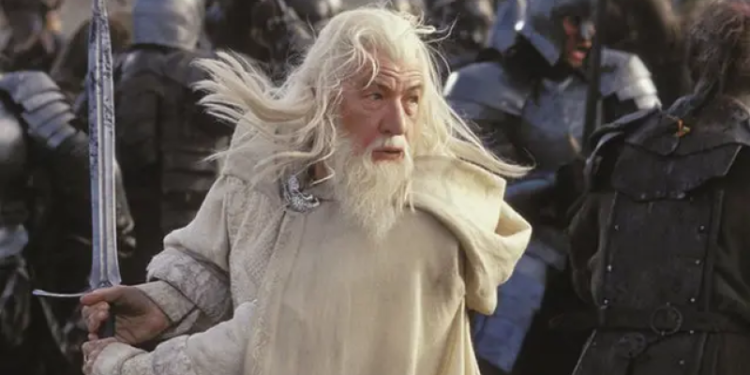 I’ve been thinking about the 4e swordmage class lately, and particularly how it both is and isn’t translated into the 5e Eldritch Knight fighter, Bladesinger wizard, and other weapon-and-arcane-casting classes (Valor bards, Pact of the Blade ‘locks, and Arcane Trickster rogues). The core point is that swordmages are defenders with a side of striker, while 5e’s fighting casters don’t have a lot of spells to improve their defender gameplay. They have spells to defend themselves (shield springs to mind), but not a lot to defend their allies.

If you’re even thinking of playing one of these builds, make sure you at least look into the cantrips of Sword Coast Adventurer’s Guide. If you have War Magic or a similar feature, your subclass is giving you a good solid nudge toward cantrip-focused gameplay. Booming blade is punitive stickiness, greenflame blade pays you with damage for clustering your enemies (and, implicitly, punishes your enemies for grouping up on you), and lightning lure is damaging forced movement.

I would also say of these spells that they stand right on the line between 4e spell design aesthetics and 5e, with most other editions of the game more similar to 5e than 4e. Attaching spells to weapon strikes is part of it, but there’s more to that that I struggle to express. 4e attack powers have a strong tendency to do multiple things, and those multiple things often don’t have a lot to do with one another.

When you cast this spell, one of your empty hands is sheathed in ice. The next time you successfully grapple a creature, you inflict 2d10 cold damage to it and withdraw your hand from the icy gauntlet you’ve created, locking the creature in place until it escapes the grapple. Their DC to escape the grapple is the spell’s saving throw DC. The creature makes opportunity attacks with disadvantage for the spell’s duration. Each time the creature attempts to escape the grapple, it suffers an additional 1d10 cold damage. Teleportation or forced movement end the grapple as normal. When the grapple ends, the spell ends as well.

At Higher Levels. When you cast this spell using a spell slot of 3rd level or higher, the initial damage increases by 1d10 for each slot level above 2nd.

For the duration of this spell, when you hit a creature with a melee weapon attack, an arm, leg, or other part of its body is ringed with fire, and a tendril of fire connects it to you. This tether fades at the beginning of your next turn. If any creature that is ringed in fire from this spell moves away from you, you can use your reaction to deal 2d6 fire damage to all creatures currently ringed in fire.

A misty shroud settles around a creature of your choice within range. When a melee attack hits the creature and you are within 30 feet, you can use your reaction to teleport to a space adjacent to the attacker, and make a single melee weapon attack. The misty shroud fades from that creature.

At Higher Levels. When you cast this spell using a slot of 3rd level or higher, you can place a misty shroud upon one additional creature for each slot level above 2nd.

You touch a weapon and choose one creature within 60 feet that you have observed to make an attack or cast a spell on another creature. Until the spell ends, that weapon deals an additional 2d6 force damage. When used against the creature you chose, the wielder attacks with advantage and the weapon deals an additional 2d12 force damage instead. The spell ends if the creature you chose dies.

First off, many thanks to Colin for his pre-publication feedback on these spells. Good tanking mechanics are hard to write, y’all, especially if you’re trying to work within some unwritten aesthetic boundaries and stick to abjuration and evocation. I may have said this a time or two before, but I am kind of surprised WotC hasn’t gone in for a Dread Knight fighter subclass that is just like the Eldritch Knight, but favoring necromancy and… I dunno, either abjuration or illusion.

Not giving Eldritch Knights, Bladesingers, or Blade Pact warlocks any native access to the paladin smites is just a strange decision. I understand why those aren’t on the wizard list for wizards, but that’s the severe weakness of not at least granting Eldritch Knights some kind of supplemental spell list. Channeling elemental damage through one’s sword seems like the most iconic move imaginable for a fighter-mage, but… nothin’.

Clutch of ice is a nod back to all that writing I did about grappling. It’s a hovering gauntlet of ice that grapples a target in place. Its obvious benchmark is Maximilian’s earthen grasp from XGTE, but this is grappling rather than restraining, and automatic damage when the target tries to escape rather than when you spend an action, and disadvantage on opportunity attacks so that you can semi-safely leave and go do something else for a bit.

The core idea of flame tether is that you spread your attacks around, possibly a lot if you’re using Action Surge. Nothing happens immediately, but if the creatures you hit don’t stay in place, all of them suffer. They’ll probably learn and stop triggering the damage, which is defender stickiness by another name.

Misty warding is my conceptual variation on misty step – it has a much worse action economy, in exchange for letting you both teleport and attack. This is half aegis of shielding (targets your ally) and half aegis of assault (teleports you and lets you stab). Getting to blanket the field in with misty wardings when you have higher-level slots to spend should be pretty appealing, especially for all of the non-Eldritch Knights out there.

Iron nemesis is inspired by the Nemesis weapon enchantment from the Dust to Dust campaign. Didn’t get used that often, but “I pronounce a sentence of death against [name]” followed by very murderous damaging taglines gave it outsized significance in the imaginative space. I originally tried to create this as a reaction to cast, but for one thing the phrasing got incredibly labored, and for another, Colin pointed out that that was asking for problems with its Concentration duration. I’m much happier with it now. I’m… not super sure how to benchmark its damage potential, but it’s hard to get both 4th-level spells and more than two attacks per round unless you’re a 19th-level Eldritch Knight. If you want two levels of fighter with your Bladesinger or paladin or whatever for Action Surge, well, this is hardly the first piece of content to make that a regrettably optimal multiclass choice.

Finally, if you don’t already know, this whole article sprang out of a mega-thread I’m writing over in Twitter, where I go through neat pieces of rules and content from 4e that haven’t yet (to my knowledge) been brought into 5e. If I’m lucky, I will finish this project by the end of November. I’m around 120 tweets in, and I have more than 350 left to write. There are a lot of great side conversations spinning off from that thread as well.

The importance behind paying attention to what ...