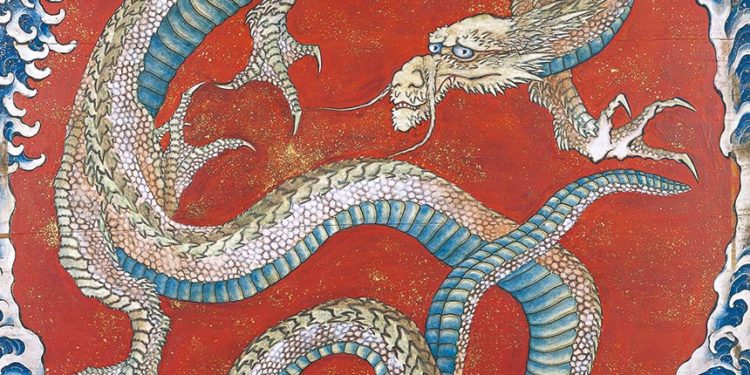 Welcome back to the world of STORM EDGE: THE ADVENTURES IN EIGHT ISLES! Last week, we  introduced the  Dragonborn variants in The Eight Isles are called Ryujin. In lieu of that, this week we are going to talk about one of the most iconic creatures of Dungeons &  Dragons , if not THE iconic creature! See below to learn how Dragons are different in The Eight Isles!

Unlike the dragons of the Western Sunset Lands, Dragons seen in The Eight Isles and surrounding areas do not have wings nor do they have horns. Often called Lung Dragon or Ryu, they usually have stag-like antlers, a camel-like head, wolf-like fangs, eagle like eyes, fish-like scales, a serpentine body, tiger like limbs, and hawk-like talons . They have whiskers, beards, a fin-like spine, and are airborne (which is attributed to the jewel-like structures on their chest called Orb). They often have the power to control the weather and the natural forces they are associated with and can take human-like form. Most of them are of Good and Neutral, or Lawful alignment; although there are a few Chaotic, and even Evil dragons. 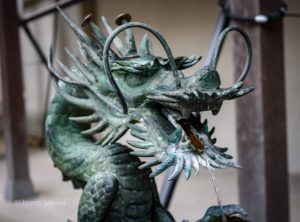 Dragon Types of The Eight Isles

There are nine type of dragons in this part of the world, all descended from their progenitor, The Nine-Headed Dragon Kuzuru, who is prophesized to return some day to unite dragon-kind and save the world. Each Dragon Type is named after the phenomena they preside over. *

*It should be noted that all dragons have both sexes at onset, though m any lower descendants limit themselves to one sex at some point.

Also known as Earth Dragon and Life Dragon. There is only one Emperor Dragon in this world and it has inherited most of the Nine-Headed Dragon’s powers. Golden yellow in hue with a red/green wing-like aura behind its arms, this dragon is said to be the ancestor and protector of the First Dragon Emperor in the continent. It is said that this five-fingered dragon now resides in the center of earth and sends out Kirin as its messengers to surface, never actually visiting itself.

Cherry Pink in hue, these short-bodied, beast-like dragons preside over the transitions of natural states, especially the blooming of flowers and life forces. Most closely related to the Emperor Dragon, these dragons tend to take the shape of elven women and are known to mother many Ryujin. Often with great antlers with flowers blooming on them, Blossom Dragons are rare Feywilde-dwelling dragons most often seen roaming Sago, leading insects, birds and beasts.

White in hue with shimmering, metallic scales, these long-bodied dragons reside in the bottom of marshes, ponds, and lakes, and are said to give prophecies. Fond of children and art, these dragons are often seen mingling with humanoids, especially among the elves of Ukushi, disguised as handsome bards. They are known to be playful, curious and to sire few descendants. Though kind and often rewarding those they deem worthy with rare metals, they can be quite mercurial too.

Silver gray in hue with luminescent/sparkling scales, most of these dragons reside on the moon with their prince Kuyami. Periodically, one of their members will come down to Amato, disguised as a mysterious traveler, to help those in need, bestow blessings, and father children before they return to the heavens. Renowned philosophers, and related to Glimmer Dragons, these dragons are known to watch over those on the ground, and sometime even let them ride on their backs.

Dark indigo to black in hue, these dragons live in the rivers, waterfalls and oceans of the The Eight Isles. Most common of the dragons, they are the ones most connected with the lives of humanoids. Many Ryujin trace their lineage to Water Dragons disguised as pilgrims. Once they reach maturity, many of them enter the sea through Hinami, eventually taking their place in undersea Dragon Palaces, serving under Sea Lords, controlling waves and tides as decreed.

Teal to blue in hue, these dragons reside deep beneath mountains, accumulating treasures and secrets, coming out only to rise with volcanic eruptions, loosening the earth. These flightless dragons rarely interact with humanoids, save for those who come to seek these wise creatures out to learn of hidden knowledge and skills. Mountain Dragons adore warriors/heroes and were the first to respond to the pleas of the Dwarves of Oze during the Orc Invasion. Many still reside there.

Green to light blue in hue, these dragons reside above high peaks and high trees. These temperamental and divine creatures put great importance on family. They often descend on the woods of Taiba and close regions with air shattering thunder, reminding the residents of their past promises and demanding local maidens’ hands. Their great general, Kazuchi, contributed to the founding of The Great Harmony and was the first among Dragons to aid Nigi-midayus in battle.

Violet to amethyst in hue, these dragons reside in storm clouds. Most closely related to the Thunder Dragons, these capricious and gregarious dragons govern all winds from gentle breezes to terrible tornados. Often seen gliding high above the skies of Iya, they tend to collect wealth and bestow fortunes upon their favorites. As such, their lairs attract adventurers and are also guarded by monks and sages training under the dragons’ guidance. Their offspring are called Seed Droppings.

Scarlet in hue with blazing eyes, these radiant dragons are said to have ascended to reside in the sun, though some younger members of them still live within the active volcanos of Kagutsu. Those dragons very rarely mate with humans, and when they do, they take on the shapes of a famous sovereign of the time. Though extremely proud and greatly concerned with reputation, these dragons can be excessively generous and accommodating as long as their authority is respected.

There are ranks of dragons who have ascended to attain Godhood. They are called High Dragons. These dragons have mostly left The Eight Isles but still respond to prayers and send Low Dragons as envoys. Here are the names of the Five Eminences, the highest representative among the dragons (which includes the Golden Emperor Dragon whose name is MAZUNA):

KAZUCHI: The aforementioned Grand General of dragons, and progenitor of all Thunder and Wind Dragons. Known as the master of storms and bringer of rain. Executor of Divine Wrath and one of the most vital dragons. This azure dragon god is most associated with the season of Spring.

YAGIHA: Ruler of Flames. This mighty dragon resides at the center of the sunspot. This enormous dragon is energy itself and doesn’t need to eat, drink, sleep, or breath. It can change seasons just by exhaling.  This vermillion dragon god is most associated with the season of Summer.

KUYAMI: The Moon Prince and progenitor of all Celestial and Glimmer Dragons. This luminous metallic dragon is said to hold powers over transformation, fertility, and even control gravity and time. This silver white dragon god is most associated with the season of Autumn.

WADATSU: Supreme Lord of All Oceans, this leviathan dragon resides in the deepest part of the ocean and reigns over all bodies of water and their creatures. It is said to be guarding the world from the Aberrant forces.  This jet-black dragon god is most associated with the season of Winter. 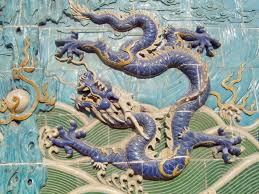 Dragonkin of The Eight Isles

As in other worlds, there are many dragon related creatures in the The Eight Isles but with some differences (mostly appearances).

Kobolds of The Eight Isles claim to be born of the blood of the dragon slain during the Divine Wars and Orc Invasions. They look much like the kobolds of other worlds except their horns are more antler-like.

Faerie Dragons  exist mostly near the Feywild and by Blossom Dragons.

Pseudo Dragons of this world are rare winged creatures, said to be born from bats affected by dragon blood.

Dragon Turtles (and other water-based dragonkin) are pretty common in this world and can grow to incredible size. There are many more Draconic creatures in the waters of The Eight Isles, from Dragon Whales to Dragon Sharks to Dragon Carp as well as Dragon Serpents that usally obey one of the Dragon Sea Lords.

Wyverns and Drakes sometimes pass through The Eight Isles from other planes but are not native to the land.

When the violent offspring of Kuzuru was slain to be remade into the lands of Yashima, its pain and shadow gave rise to nefarius creatures that burrow in the Underdark and stalk Shadowfell as well as rage in the dark sky (such as Nue, Behir, Gloomwing and monstrous denizens of Shadowfell). Chief among them was Hajun the High Serpent who brought darkness and terror everywhere it went. Some say Hajun was born from the shadow of the Nine Headed Dragon and has eight heads. Some says it appear as a miasmic cloud of utter darkness with malice in its glowing wolf-like eyes. Some yet say it is a leviathan of immense size that dreams at the bottomo of Magato, drawing maelstroms of insanity around itself. Though banished to the outer planes by the Six-Horned Susano, its influence still holds immense sway among the humanoids of The Eight Isles, turning many of them into Yuan-Ti. Hajun is continuously plotting its return to this plane. It is said that this ancient draconic creature breaths the flame of inferno and swallows all it can in its ravenous, wolf-like maw. Some believe it will someday swallow even the sun. Those who follow the Shadow of the Serpent still lurk behind shadows, sewing discord and terror. 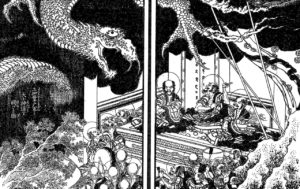