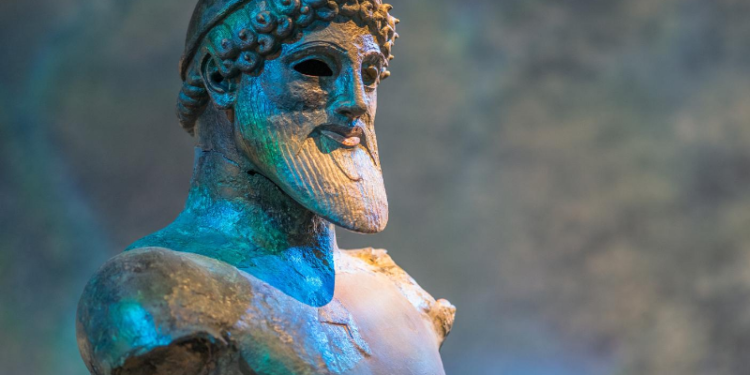 Last week we explored how to adapt the initial pantheon we created into pantheons for other races and cultures. Today we are going to examine how to use Impersonal Gods in your campaign, what the Hella they are, and how new gods might be created in the course of play.

If you want to see the first post in this series, check it out here.

So let’s define a couple of things first.

Personal gods aren’t gods that are specific to one person’s belief system, but rather gods who demonstrate a personality. They interact with mortals, have motivations, emotions, and plots. They are persons in their own right.

Think Apollo or Poseidon. These gods have motivations in myths, they get jealous, take revenge, and cause a ruckus, but also have dominion over natural areas of the world (the sun and sea respectively).

Impersonal gods are gods of natural forces or abstractions that do not necessarily have a personality. To use Greek mythology as an example, these show up in gods like Nike, the goddess of victory, or Helios, the sun.

Impersonal gods can be seen as personifications of a natural force, emotion, value, or other abstract concepts. They can, and often do, overlap with personal gods. Whereas the personal god is the one prayed to for more sunshine or better weather traveling, the impersonal god is referenced to when invoking those powers. They’re often older gods than the personal ones and may have a sense of detachment to them. And to better illustrate this, in Greek Helios literally means Sun and Nike literally means victory.

The Role of Impersonal Gods in Your Campaign

So, how can we use impersonal gods in a TRPG or Dungeons & Dragons game?

They can serve much the same role as natural disasters. What happened when an impersonal God is freed from the control of a personal god? What chaos occurs when the natural order of things is disrupted.

Events like these can be great plot hooks for a high-level campaign. Perhaps the Sun itself is dying and the heroes must set out on a quest to revive the dying Sun god. They could be aided by the Personal Sun god, who perhaps is suffering from a loss of power as their impersonal counterpart begins to fade.

They can also serve as antagonists. An unbound impersonal God of War could be ravaging the countryside with an army of crazed soldiers both dead and alive. Perhaps these impersonal gods could be the key to restoring a town to its former prosperity or be used as a weapon in a war.

Finally, let’s talk about god-making. In a campaign, especially one that revolves heavily around gods and the divine, you’re bound to have a player character who desires to be or accidentally becomes a god. So what has to happen for that to occur?

There are three basic steps that you can implement to form the arch of this campaign:

Basically, play it out like a succession crisis at court. The death of a god can trigger an entire campaign from level 1 to 20 as the heroes struggle against the forces of evil and chaos who use this opportunity to push into the mortal world to wreak havoc.

Then perhaps multiple potential replacements are chosen from among the mortal races. They might fight each other for a chance at the title (depending on the nature of the god) or they might have to go on a quest to try to find the replacement. This kind of campaign can range throughout the multiverse as the party struggles to put a shattered world back together.

Finally, you can complete the journey for the player character in question and have them ascend to godhood, creating a new faith and new opportunities for adventures!

Next week, we’ll look at how divine intervention (the spell & the act) can be used strategically in your campaign to advance the action of the plot and develop player characters even more.

Oath of the Prepared