Using tattoos in your game P4 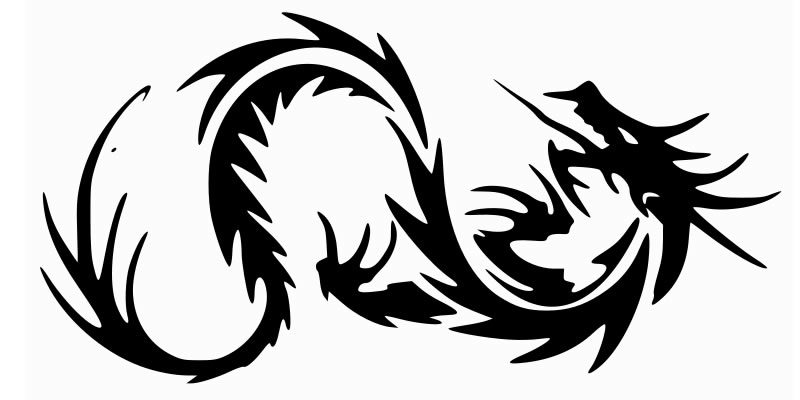 In part 1 we gave a definition of a tattoo, examined how different classes might use tattoos, looked at monster markings and tattoos, as w ell as  tattoo power levels. In part 2 we talked about how magic tattoos and other items might interact, magic tattoo removal, how religion and different sects of society might react to the tattoos, activating & advancing magic tattoos, creating new tattoos, and cursed tattoos. In part 3 we looked at tattoo rarity, spell Level, & Character Levels, tattoo suggestions and tattoo and PC races. In this part, we will continue examining PC races and tattoos in this article.

Note: some of the suggestions will be tagged with tattoo’s rarity of [Common], [Uncommon], [Rare], [Very Rare], and [Legendary] or have a range of rarities. Other tattoos will be tagged with a spell level (1st through) through (9th level) or character level if it’s a class-based ability.

These savage creatures often belong to barbarian tribes. More often than not, the tattoos they choose will reflect their tribes. The following powers might be appropriate:

Changelings are masters of infiltration and disguise. They favor tattoos that change their appearance more, allow them to move stealthily, and get out of tight situations more easily.

Changinglings may benefit from this homebrew ninja class,  the phantom thief class, or the assassination domain. Nerdarchy has a whole video on how to pump up the disguise feature.

Due to their almost infinitely varied nature, Human, & Half-Elf tattoos will be just as varied as they are. See part 1 for a discussion on how to look at what tattoos and classes. Humans live in different environments. Read on:

People living in the artic need extra protection from the cold. The snow has the ability to bind the people living there. Snowstorms, unstable snow and ice, and injuries are common problems which may be helped with tattoos.

Desert dwellers face both extreme heat during the day and bitter cold at night because there’s no clouds to hold in the warmth. They face blindness from light reflecting off the sand, blinding sandstorms, and difficulty walking through the dunes. The tattoos they would choose would reflect these conditions.

People living along coastal communities face water dangers, so it’s mandatory they know how to swim. Being able to swim at faster rate would be more advantageous. Talking to sea life, being able  to repell sharks, being resilient against or immune to certain poisons, and know when storms are coming. The tattoos that they choose will sometimes reflect these concerns.

The forests, jungles, and swamps of the world are very different places, but ironically enough the skills and abilities they would need are very similar. They would need to see through thick vegetation or fog, speak to animals in the area Their tattoos reflect this.

People coming from grassland areas could be modeled after either the Native Americans, very in touch with nature and spiritual or the European settlers who followed. Here are a few tattoos that might be appropriate for them to have:

Mountain men are strong, sturdy, oftentimes desiring freedom above all else. Their professions are often consist of mining and logging. If you take inspiration from the TV series and book “Christy,” they’re also superstitous, prone to feuding, and sometimes uneducated.

People who live atop of volcanic islands are cut off from the rest of society. The tattoos that they choose might draw from the coastal areas, but with the following additions

Humans living in the Underdark have quite a few dangers to worry about. Lack of sight in the dark. Falling. Wandering monsters. Drow. Their tattoos would reflect these dangers.

Humans can also be organized by culture, which may affect their choices of tattoos.

A magocracy is state run by mages. Because of this, some people in the society may wish to protect themselves from magic. Tattoos doing the following would be appropriate for them:

Those who live in a martial state believe that the strong rule. Fantasy barbarians and societies comprised solely of monks might be considered coming from such an ideology. Interested in real life martial states? Check out this link. People in such a state might want to raise their martial ability through their tattoos. While it might not be commonly done, tattoos of [Rare] and [Very Rare] should be able to do this. Some societies may frown on this use of tattoos, however.

In the real world, we have the Democrats, Republicans, and Green Party, among others. People may tattoo themselves to support their political party. Some unscrupulous polititians may even have mass suggestion (6th level) to urge voters to support them. If a state is truly politicized, even the presence (or notable absence) of tattoos may become a political matter.

A theocracy is a state run by clerics and other members of the clergy. The world’s most well recognized theocracy is Rome. Those under theocratic law may wish to hide their true beliefs, thus the same types of spells that a magocracy would have tattooed into them, with the following additions

* Half-Elves can be treated either as humans or for elves for tattoos.
# In this section, whenever it mentions speak with animals from a certain area, this power is always on.